Holness criticised for statement about unvaccinated 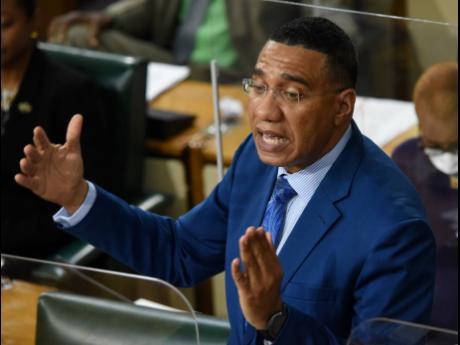 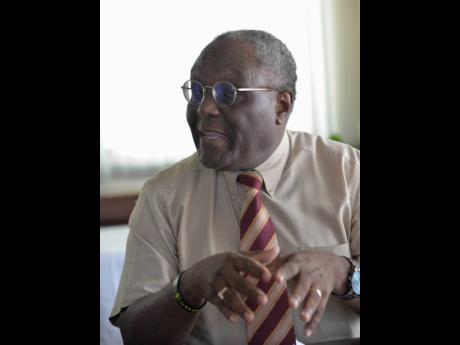 A senior medical doctor has blasted Prime Minister Andrew Holness for a statement he made on October 7, where he labelled the unvaccinated as the host population for the reproduction and mutation of the novel coronavirus.

Dr Wayne West, chairman of the Jamaican Coalition for a Healthy Society (JCHS), said that Holness' statement could potentially cause danger for the unvaccinated.

"The danger is that you can set up a system where the unvaccinated become a target for violence, where people see them as the source for variants because they are now a threat to society and as some second-class citizens," West told THE STAR. Holness made the comment during a tour of vaccination blitz sites in Clarendon.

As of Tuesday, Jamaica has so far administered 1,108, 662 dosage of vaccines; a total of 599, 029 persons have taken their first shots, second dose 440, 893 and single-dose 68, 740. However, the JCHS, in a condemning letter sent to both Holness and the minister of health and wellness yesterday, explained that Holness was ill-informed because "none of the vaccines that have been administered or are currently available in Jamaica prevent infection" and that "it is a long established unequivocal fact that mutations occur when a virus is replicating in infected persons. This may occur whether the infected individual is vaccinated or unvaccinated".

Although a strong supporter of vaccination, West questioned the authenticity of the current vaccines being given to the Jamaican population.

"I have concerns about the gene-based vaccines for the simple fact that we have no sharp pharmacology data on them. In other words, we have no update on the genetic material introduced into our bodies by gene vaccines open our bodies to become manufacturing plants for the spike protein of the virus. But we do not know what it does, where it goes and how long it stays in the body. And recent research suggest that the spike proteins are harmful, so this is why making those things mandatory are crazy," he said. "But there are types of vaccines like those produced in China, India and I think Cuba is doing one, which are more traditional. And we have decades of information on how those traditional vaccines work."

West has also challenged the Government to adopt a more comprehensive approach towards fighting the virus using countries like Israel and India as reference points.

"They do early treatment with syntec, ivermectin, antibiotics, vitamins. In other words, if somebody comes with the disease, they do what they call test, treat, trace. We know how to do it just like those Indian states. Uttar Pradesh has a population of 240 million people and when you look at their COVID cases per day its' about nine or 10 ... and they have been doing that since July," said West.