Nothing sweet about Cane River Road 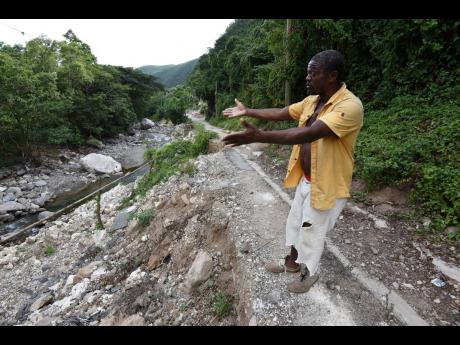 Furgos Bernard complains that the authorities are taking too long to fix a section of the road that was washed away during heavy rains in 2020. 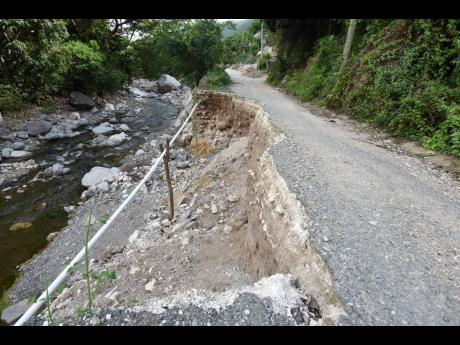 A section of the Dallas Castle to Cane River road.
1
2

Lives in East Rural St Andrew have been significantly affected by a massive breakaway along the Cane River Road caused by heavy rains associated with tropical storms Zeta, Eta and Grace over a 12-month period.

THE STAR spoke to several disgruntled residents in the neighbouring Cane River, Stable Park and Dallas Castle communities. They say that the deplorable road has proven to be a huge hindrance to them, particularly those who traverse the route to and from work on a daily basis.

A disgruntled resident of Stable Park said that he is currently spending more on petrol because of the situation. To make matters worse, the angry administrative clerk said that for the past six months he has been taking a risk to park his car to save money.

"A pon Fridays alone mi park mi car inna mi yard because if mi no do that mi affi spend extra money on gas each week. So weh mi do is park di car down the road and walk come up di hill and mi do dis every Monday to Friday," the resident said.

Another resident, Furgos Bernard, said that despite their best efforts, they have not heard from their Member of Parliament Juliet Holness, who they say has been promising them that the road will be fixed.

Last month Holness said that work on the Cane River Road was delayed to address the major breakaway along the Gordon Town main road, which was also affected by the rains. However, Bernard said residents are not convinced.

Margaret, who lives in Dallas, said that she witnessed a young couple struggling to transport material because of the road.

THE STAR made several attempts to contact Holness, however, several calls to her phone went unanswered.