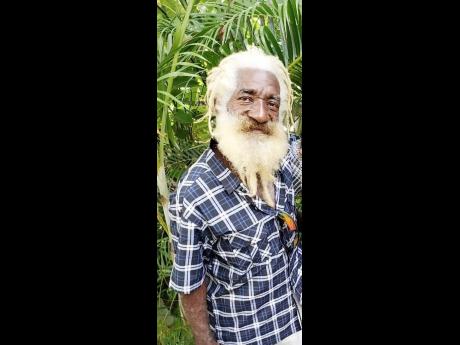 It has been almost 14 months since Gilbert Thompson went missing. The 69-year-old mason, of Plantain Walk, Dallas Castle, St Andrew, was last seen on Sunday, August 24, 2020 while he was at work in Lyndhurst Gap in the parish.

Since his father's disappearance, Brenton Thompson has spent much time pondering the last telephone conversation they had.

"Him call me like the Thursday and say, 'Ras, mi have something weh mi wah show yuh but when mi see yuh', so mi say alright. Everytime mi a wonder weh him wah say to me, but to how him sound mi know it was something very serious; dem things deh put mi under more stress when mi think about it," Brenton told THE STAR.

He also said that the mystery behind his father's disappearance has weighed heavily on him. He has given up hope of ever finding his father alive and rues the fact that he was not able to give him a proper burial.

"A now me look like me a put on back weight. August 23 would make a year since him missing. It no pretty, mi not even go him house again... Too much pressure! Someone is there living but mi cyah go back. Him business did a guh mash up and mi affi tek it up, so that alone mek it difficult."

Brenton said that he has not shed a tear since his father disappeared, and it not because he does not want to do so.

"Yuh ever want fi cry and cyah cry yet? The only thing mi affi look to right now is the Almighty. Mi know say him no alive right now, but mi just wah fi put him down properly. Mi wah fi be able to look at that stone and seh yeh, a deh so mi father deh," he said.

Brenton has been in search of closure in his father's case, but so far, information has come at a premium.

"Mi guh police station til mi fool. As mi walk up the steps dem know me. Dem keep saying dem have a lot of cases and mi affi wait, but l don't think a so it should a go. Mi affi a dig like when somebody a try find something important in the trash, but people tight-lipped and nuh like how mi a push the case," he said.

Brenton stressed that his father, who is survived by eight children, was a decent law-abiding citizen and is undeserving of what has happened to him.

The grieving son said he has given up hope on getting feedback from the police in their investigation to determine if a piece of skull that was found in the riverbed three months after his father's disappearance, could be linked to him.

"That is not my father because if it was him, dem would a get back to me already. Nobody nuh say nuttin to me, so right now mi just a use common sense fi know say a no him that," he said.

When contacted by THE STAR, Deputy Superintendent Percival Anderson, who is assigned to the St Andrew Central Police Division, said he could not state whether a proposed DNA testing of the skull was completed, and, therefore, could not comment further on the matter.