Family members wished Aunt V had a grave in Duanvale 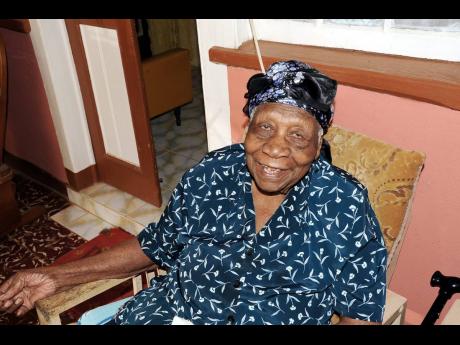 Two grandchildren of Violet Moss-Brown, who at the time of her death in September 2017 was the oldest woman in the world, are still upset that she was not buried in the Duanvale Cemetery in Trelawny.

Moss-Brown, who was affectionately called 'Aunt V', died on September 15, 2017, at the age of 117 years and 189 days - weeks after she officially claimed the title of world's oldest person on July 27, 2017. Her body was donated to The University of the West Indies (UWI) for science.

"There is an emptiness inside of me. I grieve deep down. I have been grieving since the day she was snatched kicking and screaming from her home right to this moment. There is no closure," said Lelieth Fairweather-Palmer, a grandchild, said.

Grange said the Ministry of Culture, Gender, Entertainment and Sport is working with the local authorities and representatives to implement several projects including a monument to Moss-Brown in Duanvale, a monument to the great sprinter Usain Bolt in Water Square and the restoration of the family home of the former Prime Minister Hugh Shearer in Martha Brae.

Moss-Brown's relatives are elated with the steps being taken to honour her memory. While they look forward to the erecting of her bust, Fairweather-Palmer and Vernon Davis are distressed that she has no grave.

"My grandmother requested that she be buried by her husband. The Parish Council gave a grave spot for her and it is still there," Davis said.

He said that he and other family members are planning to build an empty tomb on the site.

"It will be built in such a way that if we do get the body it can be placed in it Each year we will go there and lay wreaths on it," Davis said.