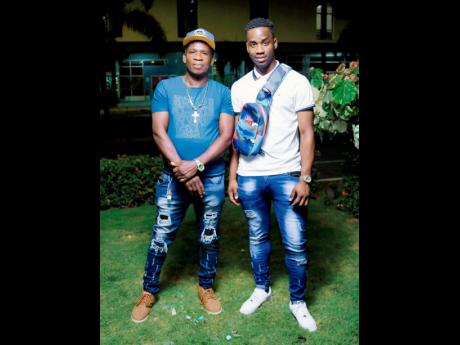 Wayne Edwards shared an extremely close bond with his son, Yashain Edwards. The senior Edwards says they were more like twin brothers, than father and son.

Yashain, 23, was brutally taken away from his family after he was murdered by unknown assailants in a section of Trench Town last Tuesday.

Police reports are that on June 1, about 5:30 p.m., a team of officers heard explosions and went to investigate. On their arrival, two bodies were seen with gunshot wounds. The men were then transported to the hospital, where they were pronounced dead.

"Me and me son shared a good relationship. Me can depend on him for anything. Yashain will all a drink a dragon, or a magnum and leave half, and say, 'Daddy, a fi yuh this'. Sometime me say to him seh me nuh want you mouth water fi drink man," the broken father said.

"Me lose a son, me lose a brother, bwoy me a tell you say it nuh easy man."

Yashain was the first of six children for Wayne. The loss cuts deep for the family, who maintains that Yashain was not a wrong-doer.

"Me nah take it easy because is my innocent son them take away from me. I grow up my son in a way to not be in bad company. If me did hear that him die in a crash it wouldn't hurt this much," Wayne said.

"Is just somebody ask him to drop them somewhere and him bring them, but if him did just know," the father lamented.

The Cockburn Pen, Kingston 11 resident said on the day of the incident he tried tirelessly to reach out to his son, but with no success.

"The day me a call me son from about after four and cyah get him. Is a video somebody send when police a take up the body a so me know that Yashain dead," he cried. "Right now every avenue and lane in a the community come out, and when me tell you say everybody a bawl."

Yashain leave behind two boys, who his father said, were his pride and joy.

"Him was a hard-working person, because him go hard for him kids them because him love them bad. Right now the baby mothers not taking it well at all because he was the breadwinner," Wayne said.