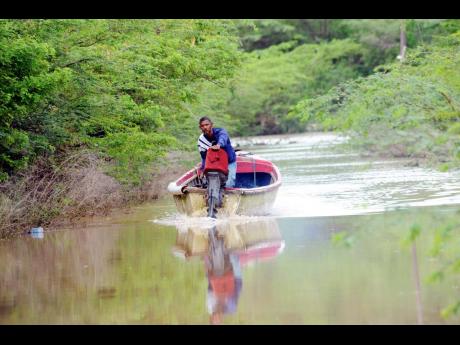 A man makes his way down a flooded street in Milk River in 2009. 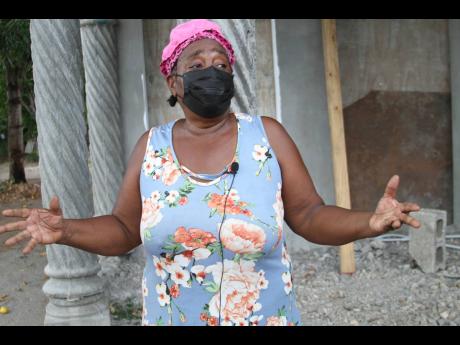 Marilin McCarty-Gordon of Milk River Clarendon remembers the June flood of 1986 as if it were yesterday.
1
2

Gordon, who lives on Bridge Road in the southwest section of the parish, said the decision to build the elevated animal house stemmed from losses she endured in the floods of June, 1986.

"When they (the goats) come in, they go upstairs, so that if we have a disaster again, and water come in, I don't lose any," she said.

Gordon lost more than 20 goats during the flood but her chickens were spared because she took them into her house.

The disaster, which took place 35 years ago, resulted in an estimated $124 million in agricultural losses across the island at the time. The parish of Clarendon was reported as one of the hardest hit areas, with damage done to agriculture estimated at $69 million. The loss of livestock totalled $5.3 million.

The 64-year-old Gordon, who lives some 15 metres from the bridge in Milk River, believes she was among the most hard-hit victims in the community.

She shared that her then wooden floor was no contest for the roaring waters which protruded into her house, destroying her mattresses.

"You could stay on top of the bridge and touch the water. We had to get blocks and put our furniture on. Beds get damaged and a lot of stuff," she said.

She recalled the flood as a terrible time.

"The year of June flood, we had a terrible time. All the water coming from off the hill, it came right here on me," she said. "The water was so much inches high, we lose a lot of stuff. We lose goats, we lose chickens, but we are alive."

Gordon said the impact of the dreaded flood is at the fore of present life decisions, especially those that are construction-related.

"That's why I build my house so high, and I dig that trench, so the water coming from Preddie, it take the trench instead of coming on us here," said Gordon.