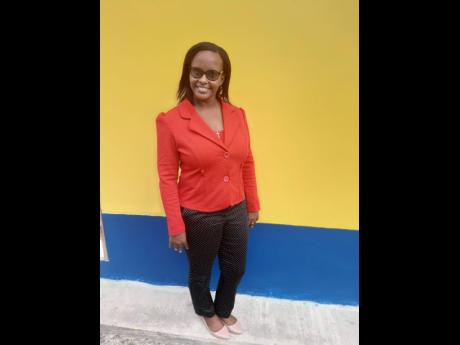 When Alesha McLean-Downer realised that only eight of her students were accessing classes online, she went in search of the missing students to find out why they were not turning up for classes. The Marcus Garvey Technical High School teacher journeyed to the homes of these absent students and found out that many were not in class because they had no devices to access the Internet. Some students had devices but no data.

McLean-Downer, who has been in the profession for only four years, decided she would not allow her children to fall through the cracks. She set about raising funds to purchase both data and devices for her students.

Last Tuesday, May 11, McLean-Downer journeyed to the community of Chester, also in St Ann, to locate a student and to deliver a tablet, thus ensuring that all 32 students had devices and access to online learning.

Just as important as what McLean-Downer recently did, and has been doing over time, are the reasons behind it.

Denied the opportunities to excel

Emerging from the small community of Castle Kelly, near Blackstonedge in St Ann, near the St Catherine border, McLean-Downer realised, from her time at Ferncourt High School as a student, that some children were being denied the opportunities to really excel. She decided she wanted to change that.

After Ferncourt she enrolled at Moneague College, and after graduating four years ago, started her push for change at Marcus Garvey Technical High. For some students there the situation is dire.

According to McLean-Downer: "The socio economic background of most of my students is very low. The types of students that we get, too, are the ones that no other school would really want because I've gotten students who are unable to say their ABCs at age 14, age 13, and they went through the system. So I want to change that. They cannot come here in grade seven and go through another five years and leave the system again, not knowing how to do anything. So I think if I can do that, create a change in their lives I would have accomplished something. I want to make an impact so even if at the end, on leaving school, they can sign up a form without asking somebody to help them to sign it up," the teacher said.

McLean-Downer has got discouraged at times. She points to when she gave a student data to access online class but the child used it to get connected to social media platforms. The child later told her, 'Miss, the data done'. But the mother in her keeps her pushing on.

"I have so many moments where I could get discouraged but at the end of the day, I really understand that they're children, and I have a child too. Some things that they do I can relate to because I have a seven-year-old, so that pushes me even further, to go the extra mile for these kids. I want to know that whatever I am doing out there can impact a child and whatever I do, I always say, I would want somebody to do that for my daughter. So I'm willing to go the extra mile," she said.