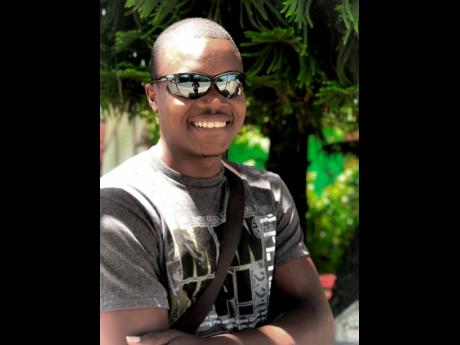 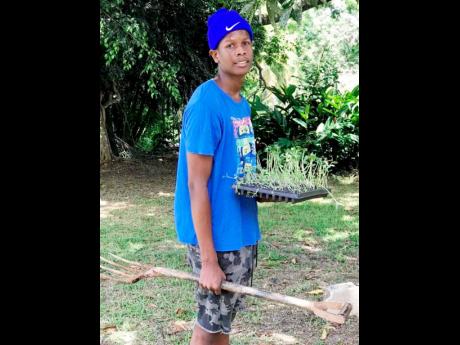 Ronaldino Edwards, a participant in the agricultural project. 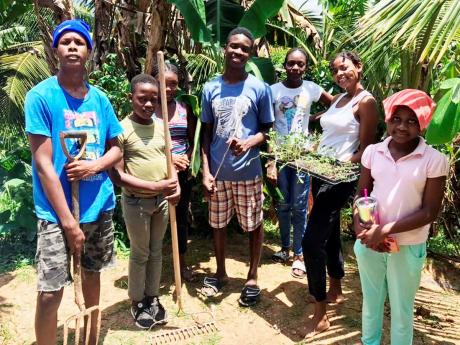 Some of the children involved with Central Gospel Chapel agricultural programme. 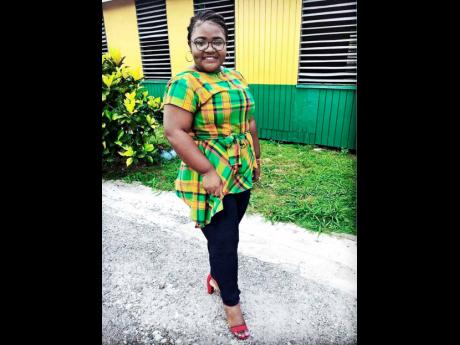 Pastor Javaughn Taylor of the Central Gospel Chapel in Aleppo, Clonmel, in St Mary, is leading the youngsters in that community on a path of independence with an agricultural programme that is geared at helping families in the long term. Taylor, 26, has been serving in the community for years before he was inducted a year ago.

"We started the agriculture project on Saturday. We're planning to expand to include livestock but we've started small, with crops such as pak choi, cucumber, watermelon and sweet pepper," Taylor told THE STAR on Monday.

Twelve children, aged 11 t0 17, are involved in the project after finishing their online classes in the afternoons. In time, the initiative will expand to include livestock and profits from the venture will go directly to the children and their families.

"This will help to build independence," Taylor suggested.

He said there was currently a lot of mental strain on the youth and the activities that they are engaged with in the church are a welcome relief.

"So, this is an initiative to help them not to lose their mind during this time, and so they're loving it, they're engaging and let me tell you, it is transforming them because each evening after class, like today, they're going to tend to their farm. So, you build relationships and you give them that mind of togetherness, and we need this in Jamaica right now," Taylor said.

Describing himself as a leader with a responsibility to build the community, Taylor revealed that he himself has benefited from others. In a way, therefore, he seems to be paying it forward, as the saying goes.

He said that his theological studies were sponsored by Mercedes Ellis, who sent him to a Bible college after she heard him preach for the first time. Taylor said that after completing his studies she told him, "'Look, you need to do something with your young people that will get them engaged during this time.'"

"So I said, you know what, let's do a farm. And her daughter (Mertina), who is studying in the United States, they funded it. They sent us some money and we got the seedlings, and we got the land to farm, which is one of the Sunday school children's backyard. And it's working."

Assisted by Rachael Johnson, a church member and teacher at St Mary High School, Taylor has been on a mission to help the young people in his community grow spiritually, while engaging them in community service and other aspects of the ministry.