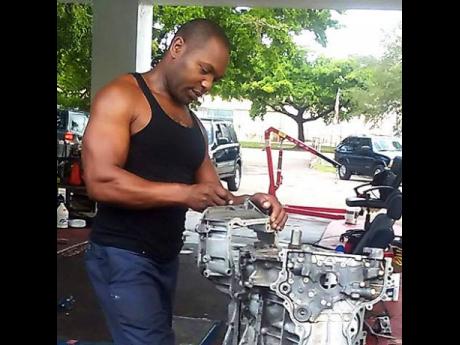 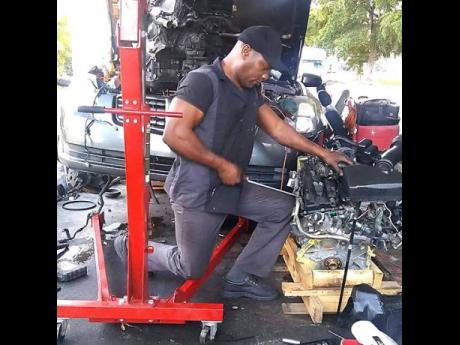 Forty-seven-year-old auto mechanic Schannon Cole of Summerfield, Clarendon, has been in the field of auto repair for 30 years.

He said his "dislike" for the classroom fuelled his decision to learn the skills of the trade which he now sees as his passion. On Tuesday, he signed a partnership with the Housing, Opportunity, Production and Employment (HOPE) and HEART/NSTA Trust programmes which will see him imparting the knowledge of his passion to youths in Summerfield and surrounding communities. Spearheading the project is Clarendon North Central's Member of Parliament Robert Nesta Morgan.

"This is part of a bigger plan to encourage apprenticeship in the constituency where skilled artisans are paired with young people who want to learn a skill," Morgan told THE WEEKEND STAR. An enthused Cole, owner of Caribbean Auto Repairs in Danks Savoy, Summerfield, says he is happy about the initiative.

"We have a lot of young guys in the community and I think if they learn a trade, they will come off the streets and we will have a better community," he added.

Cole noted that he will be recruiting the services of other skilled persons in Summerfield, such as tailors, with a view to having them offer training to youngsters in the community.

Since the launch on Tuesday, two students have registered. Cole says he is confident that more youths will be joining soon.

National coordinator of the HOPE programme, Colonel Martin Rickman, said, "I am very pleased about such a partnership with a private organisation. Mr Cole's attitude towards giving back to his community is just tremendous. We want to use Mr Cole and others like him as examples that private citizens can support a government initiative, and that is very critical."

Under the programme, students will receive training and certification after completion of courses of at least 12 months.