Burke back on MLS scoring sheet 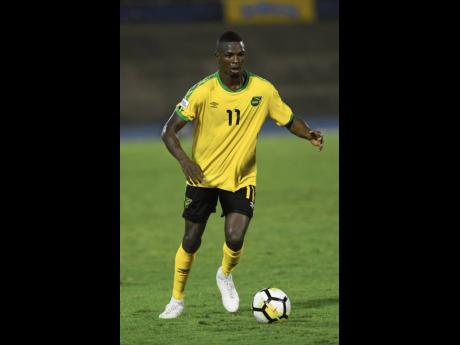 But that extended wait came to an end when the 28-year-old Burke managed to crown his return to North America top flight homecoming to his club, the Philadelphia Union, with the game-winner as they defeated the Chicago Fire 2-1 to take his team closer to their first piece of silverware in the club's history.

Burke, who returned to the team earlier this month after finally resolving his long-standing visa issues, came on in the 60th minute with the score tied at 1-1 and found the back of the net with a well-placed header five minutes later, as the Union captured their third straight win and pushed them to 44 points and first place overall in the league.

Speaking at the post-game press conference, Burke said that he was happy to be back where he belongs.

"It's a great feeling to be back home with the guys in front of all these lovely Union fans. It couldn't be better. It's a happy feeling to score my first goal back in front of everyone," Burke said.

Kasper Przybylko opened the scoring for the Union in the 28th minute and they were given a man advantage as Fire Francisco Calvo was given a straight red in the 36th minute. However, this did not stop the Fire from equalising before the half, thanks to Robert Beric.

However, Burke said that head coach Jim Curtin's last-minute instructions before coming on helped in securing the win.

"When I was coming into the game, the coach instructed me whenever the ball is on the far side always try to be in the back post. So, where the ball [was] delivered I could always be there to try and score, and that's exactly what I did," Burke said.

The last time he scored for the Union was April 20, 2019, in a 3-0 win against the Montreal Impact before his visa was suspended and resulted in him returning to Jamaica in May 2019 to resolve the matter. Subsequently, he was sent on two loan spells in the past 18 months, which included local premier league champions Portmore United and Austrian club SKN St Polten.

The Union now are in pole position to win the Supporter's Shield, the league's regular-season championship title, with two games remaining and a three-point lead over fellow challengers Toronto FC.