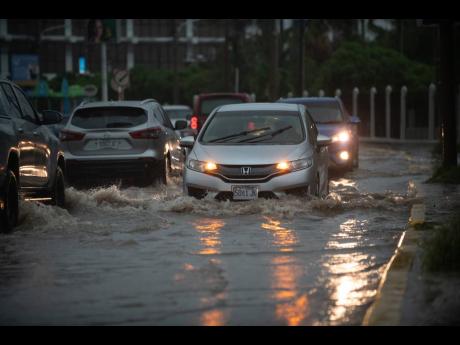 Motorists navigate through a flooded Trafalgar Road in St Andrew on Sunday. 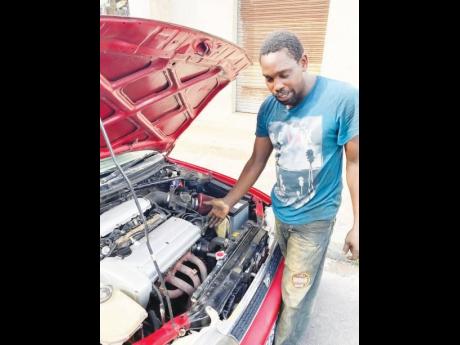 Winston Popley is warning motorists to avoid high water or the damage to their vehicles will cost them plenty.
1
2

As heavy rain continues to pummel sections of the island, one mechanic in the Corporate Area, Winston Popley, is urging motorists to avoid traversing through flood-prone areas, to avoid extensive damage to their vehicles.

"If them see the rain set up and them plan to drive through a place that is known to flood, just cancel the trip," he told THE STAR. "If it is a case where the water catch them on the road, them must just stop and make it run off otherwise it is going to cost them a lot to fix it."

Popley revealed that over the past week, he has been receiving numerous vehicles that are no longer functional due to damage caused by excess water in the engines.

"The car engine them a take in too much so the computer box in them get hit. The computer box is a part underneath the floor of the car so chances are it will be affected," he said.

Popley, who has been a mechanic for 32 years, explained that the computer box is vital to the functioning of the vehicle, and once damaged, it will be costly to replace.

"Is a portion a water have to come inside the vehicle to damage the box still, but with these heavy rain, anything possible. When the computer box take in water the car cannot drive at all because that is like the brain of the car," he said. "Me can tell anybody that them expensive. Each car price will be different, but people have to be prepared to spend if it mash up. For like a police shape Corolla is for J$10,000 and that a old car, but like all a high-end van all J$100,000 for them."

Continued rainfall has been affecting motorists islandwide. Some were forced to flee their vehicles due to flooded roadways as their units could not manage the raging waters.

Another part of the engine that might be affected by high levels of water is the distributor, Popley informed THE STAR.

"Sometimes when the cars go through the high water, it go in the distributor and it shut off. The distributor generates the current and if no power not flowing through the car, naturally it will shut off," he said. "If somebody a drive and see the water pass the bumper them must stop because is the engine them a mash up. Right now a lot of car have to park and you know that stall up people daily life, so that's why them must try them best to avoid it."