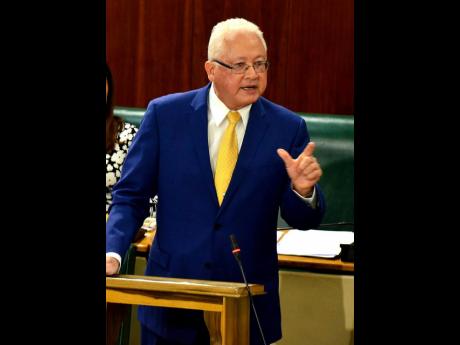 A minister of government caused laughter to break out in the House of Representatives yesterday when he told a story of how the smell of food cooking in his kitchen left him excited and ready to eat, only to find out that it was for the dog.

"One morning, I came down and I smell like my wife is putting on a great breakfast. And I said to my wife, 'the breakfast smell so good'. She said it is not for you, it is for (the dog)," a chuckling Delroy Chuck said. "You can see the love that owners of dogs have for dogs."

Chuck, the justice minister, was piloting a bill through the House on the proposed Dogs (Liability for Attacks) Act. Chuck said that the bill is intended to make dog owners more responsible by taking precautions to protect the public.

South St Andrew Member of Parliament Mark Golding and South East St Andrew counterpart Julian Robinson argued that criminalising dog owners in certain circumstances would be going too far. Chuck said that the concerns were valid and that his team would have a further look at the bill.