STAR of the Month: My mother was a disciplinarian – D’Angel 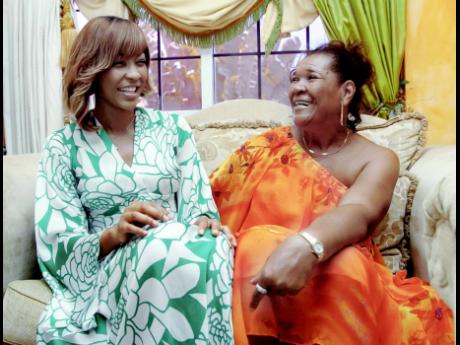 D’Angel (left) shares a laugh with her mother, Pansy Nesbeth. 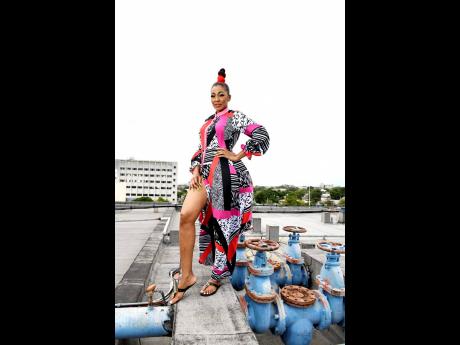 D’Angel’s parents were traditional when it came to raising their children, and all eight kids understood what it meant to be disciplined – even in the moments when they were breaking the rules.

“Mommy always put the belt behind her back, so we nuh know she have a belt. But for some reason, she always catches me,” said D’Angel, who has five sisters and two brothers.

“My mother beat me with pot cover, with slippers, with stick … anything she catch her hand pon, she beat me with it. Because, unlike my father who never hit me, my mother is a disciplinarian.”

Despite the occasional punishment that D’Angel received while growing up, she admits that she wishes she was as strong a disciplinarian as her mother.

“I don’t hit him (her son, Marco Dean). Instead, I would take away the things he loves or I use a different method that involves me talking to him on a level. I always say: ‘Suppose you had my childhood. Yuh lucky yuh never had a mother like mine’. But he would not know, because, as a grandparent, them always seem to accept anything from them grandchildren,” she said.

Even though there have been instances when she has had to reprimand her son, Marco Dean, D’Angel said that he is good child. And even now as he prepares for the various Primary Exit Profile (PEP) examinations, her focus is to steer him in the right direction by removing distractions.

“I pulled him from swimming so that his focus would be on his studies, and it has helped with his discipline overall,” she said. “Trust me, this PEP preparation is a lot of work, that sometimes not even me understand. It is like going to school all over again.”

“Luckily, he attends a school that has the necessary resources and has a big support. I am here trying to follow the protocol, make sure he has the extra lessons or tutors, and be on top of everything. No matter how busy my schedule has been, I have my worksheet and calendar. His preparation for the examinations has become my priority,” she said.

And with more exams this week, D’Angel said: “I think he is ready and has the ability.”

D’Angel also said that parents with children taking the exams in the next year or two must have daily conversations with their children. She said that parents should also try to develop a close relationship with the teachers, build on the weak areas and get extra help because it takes a village to raise a child.