STAR of the Month: No more relationships with entertainers for D’Angel 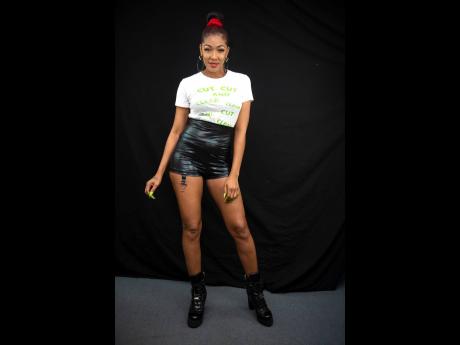 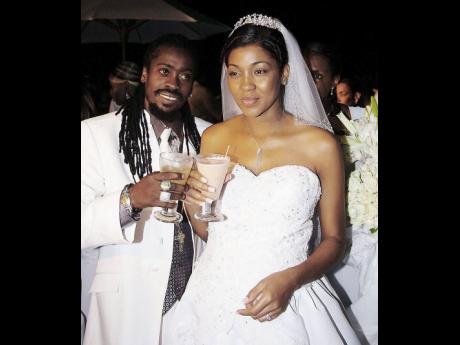 D’Angel admits that she has had her fair share of dealings with entertainers, having been with the two ‘dons’ of dancehall, Rodney ‘Bounty Killer’ Price and Moses ‘Beenie Man’ Davis. For this reason, she has no plans to date another male in the music industry.

While she is not sure exactly what the future holds, she said: “I am not interested in getting in a relationship with another one (artiste) because I have been through enough.”

She continued: “Mi fraid a entertainer because one, it is [so] competitive that it becomes a power struggle. I thought it would be easier to date someone that had the same career, but one minute, the limelight deh pon you more, or it nuh deh pon me today, and then there is a clash of egos.”

And although the relationships with Bounty Killer and Beenie Man ended years ago, she revealed that she still has a place in her heart for the two entertainers.

“Once you love somebody, you always love them; that will never die. I love them enough, but not to be with them. But I wish them nothing but the best,” she said.

“The relationships I had were two different things. With Moses, I shared a marriage, and we share a child. Rodney shared a lot of years, and he taught me a lot. It is a different type of attachment.”

And while she doesn’t see another entertainer in her future, the ‘First Lady of Dancehall’ did confirm that she is dating someone. However, she was tight-lipped about how long that pot has been bubbling.

“It is nobody’s business. Relationship fit me. After mi nuh do relationship nothing,” she added, noting that she sees herself getting married and possibly having another child.

However, she said that until she has dated someone for at least two years, he will not be formally introduced to her family or even meet her son, Marco Dean.

Meanwhile, D’Angel said that her ideal man has to be able to separate the woman from her career.

“My job is my job. He has to accept me for who I am, not be caught up in D’Angel’s world. Many males are not interested in learning who is ‘Michelle’.”

God-fearing, respectful, old-fashioned, romantic, and financially stable are some of the other qualities that D’Angel is looking for in a man.

“Most importantly, he has to have a good relationship with his mother and has to be able to communicate and compromise. Some man, is fi dem way or no way,” she said.