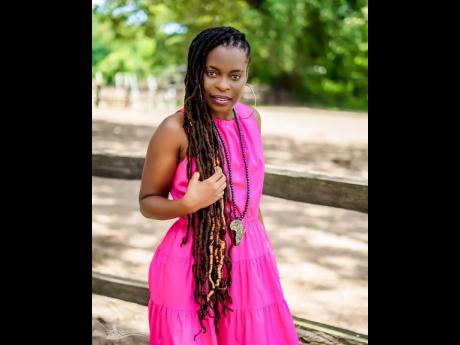 Reggae artiste Kuanna is a firm believer in the philosophy of lighting a candle, rather than cursing the darkness.

"I am forever keeping it positive as best as I can. We are surrounded by so much negativity, we have to preserve the melanin, the black people; preserve the consciousness of the youth; preserve the future; strive for balance," she said.

That is why she is going all out to promote her latest track, Melancholy, which serves as a social commentary regarding the negative topics and incidents that have given a black eye to the local entertainment industry.

"The last few months, there has not been much emphasis placed on positive music to impact our youths. Too many songs about scamming, too many about murder and Molly. Good music a mek, but if you nuh big inna di ting, dem shut you out. But I will not give up. Righteousness exalteth the nation and wi a gwaan do di right as best as we can, because wi have youth, and a dem a fi future. We haffi make a change for the better," she said.

Melancholy was released on the SoulAJoy and OneLink production labels more than a week ago, and she is pumped up about the early feedback; and industry insiders have been responding to her positive songs.

She plans to release Melancholy as one of the tracks on her upcoming eight-track album, Love Journey, which is set to be released on January 6.

Kuanna first jumped into the spotlight when her single Pedophile Warning went viral on social media and was shared by many notables in the industry, such as Chronixx, Spragga Benz and legendary hip-hop producer Pete Rock.

Born Sharnett Shereta Eccleston, she grew up in Deeside, Trelawny. She was raised in the Poco Revival Church, never straying from her African roots.