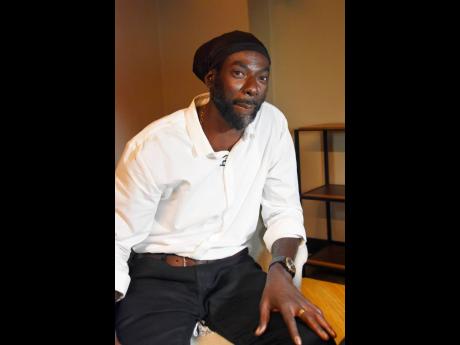 Lauded as one of the greatest reggae artistes to hold a microphone, Buju Banton is calling for Jamaicans to soften their hearts to each other.

Speaking at the media launch for Intimate, his January 1 concert alongside fellow music legend Beres Hammond and other artistes, Buju, whose given name is Mark Myrie, expressed displeasure with how selfish he feels Jamaicans have become.

"We need to challenge our energies. We want a better Jamaica, it begins with us, the man on the street who's homeless, the woman on the street who's walking naked. Come out of your nice fancy car. Take something off and clad her. She's your sister, she could've been your mom. But instead [we have a] hard-hearted approach where we drive past because I don't know her, and I don't know him, and I'm aloof from the situation because it does not concern me. We have become animals!" he said.

The Not An Easy Road singer told THE STAR that as people grow in their callousness, Jamaican music has also strayed from its original mission of teaching and preaching.

"Our music was not just a willy nilly stuff," he said. "It was politically routed to educate our people about what the current affairs of the global community was. Now it has divulged into drug-taking and all kind a garbage. So this coming together of Intimate is to guide back the people dem in an intimate way to who we are."

Speaking on his relation with his friend and long-time collaborator Beres Hammond, Buju said he has so many memorable moments with him, it is difficult to pinpoint one.

"Mr Beres Hammond is a jovial individual who makes life easy, who makes being around him easy. He's real ... I've met many entertainers, many musicians but none like Mr Hammond," he said.

Buju said it is vital for members of the public to take greater care to be good to one another.

"My country is bent on killing out every young man who have an independent opinion or a different way of doing things. But there's nobody thinking about 'How can we make this nation a better nation by being our brother's brother instead of being our brother's keeper to keep them in their same position, but to elevate them to another one," he said.

When asked about his legacy, Buju said, "I nuh look pon dah something deh, enuh. I want teach wah the elders them teach I, whatever they taught me I want to pass it on to whoever I come around. I don't have no one person who I give more knowledge than the other."