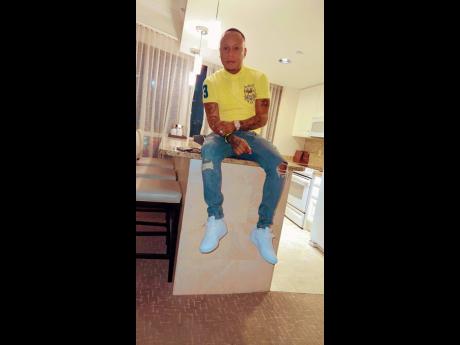 US-based recording producer Troy 'TroyBossMusic' Moodie is enjoying much success from his series of successful releases.

TroyBossMusic, who hails from Montego Bay, St James, has always had an affinity for music and started his journey in 2017. He has kept working on perfecting his craft ever since.

"I kept on improving after each production. Time is the master and each mistake is a lesson to greatness. When I heard my first production I was so excited to keep going and become a better version of myself," he said.

The producer has had the opportunity to work with artistes such as Teejay and Jahmeil. In 2021, TroyBossMusic got its first major hit from Teejay titled Bitcoin. The label is also responsible for songs such as Kentel's Uplift, IWaata's Bubble and Shaneil Muir's Thoughtless.

Currently, he is promoting the single Live Large, which was recorded by Diedohh and his son Trey Boss.

"I am so grateful to see my dreams coming to life. I am so happy to see my production topping charts worldwide. I want to big up every artiste I have worked with, thanks for believing in TroyBossMusic," said the producer.