Foska at Dem promotes ‘Do The Broom’ 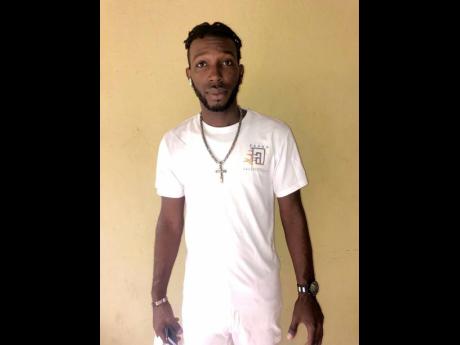 Recording artiste Foska at Dem has teamed up with One Daady on his new single titled Do The Broom, which was officially released on August 5.

"This track is all about dancing. It's meant to bring a good vibe and it's all about having fun," the artiste explained. Since its release, the track has been gaining much attention and positive feedback. According to the artiste, the outpouring of love from his fans has been overwhelming, with the attention being drawn to this track and his other work. He is now gearing up to expand the appeal of the track with the accompanying visuals to come soon.

"My team and I are currently putting together everything we need to shoot the official music video which is slated for the end of this month. We are expecting the track to have a major impact all over the world and this music video will definitely help us to accomplish that," he stated.

With this new track being a pacesetter for his career, Foska at Dem is striving to become a force to be reckoned with in the music industry. Like many other artistes, his work slowed down during the heights of the pandemic, with the limits on movement affecting live performances or studio time. However, he is now moving forward and ready to wow the masses with his high-energy dancehall sound.