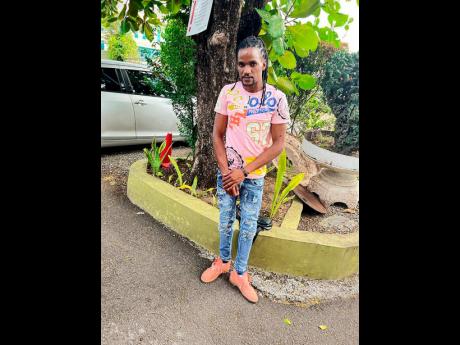 Rising entertainer Lee Dann is riding high with one of his latest singles, titled Step Down, which he said is aimed at those in authority who are unable to effectively manage their roles.

"It speaks about the faith that we have lost in the system, including the police force and [the] Government. Those in authority need to step down if they can't help the people, solve the crime, and deal with other pressing matters. This is not just my view, but that of a lot of people as well. I am just their voice through this song," he said.

The song also touches on the unsolved case of university student Jasmine Deen, who disappeared without a trace on February 27, 2020. The visuals for the single also highlight newspaper articles about the killing of a five-year-old girl in New Haven, St Andrew, who was struck by a stray bullet. Step Down was produced by Canada-based Kwizz Movements Sound Production

Lee Dann, who hails from St Ann, said that in addition to speaking on behalf of the nation, he was motivated to record the track because of his two daughters, who are four and nine years old.

The entertainer has released a number of singles over a 12-year period, but he said that he is yet to get his breakthrough. He however stated that he will continue pushing, and anticipates the day when he is known worldwide for his music.

"I haven't got a break from being a viral sensation, but time is the master. I will never stop doing music, and I know I am on the verge of making an impact on the local and international market," he said.