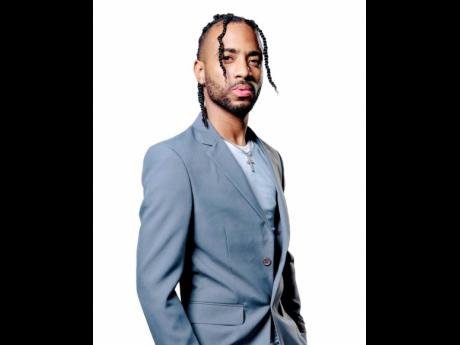 Dancehall artiste QQ has been noticeably absent from the line-ups of major dancehall shows locally, but he said he is not sure why he is being overlooked as he is still fully active recording and releasing music.

The Stukie hitmaker notes that it "has been a while - a few years if I am being honest," that he has graced a local stage for a major event. He told THE STAR that most of his bookings are international, even as he remains convinced that the local market wants to see more of him.

"Most of my enquiries for bookings come from the US, UK, Canada, Panama, Costa Rica and places like that," QQ said.

Notwithstanding his absence at local stage shows, the artiste, who is in the 18th year of his music career, said fans want to see him perform locally.

"People want to see QQ. I see this through my social media presence, by the things they are saying. Whenever I do something on TikTok, everybody asks when am I coming to Jamaica," said the artiste who was presented with the Prime Minister's National Youth Award for Excellence in Music last year.

He noted that promoters and talent managers are the ones who determined whether an entertainer is booked for a show.

"For whatever reason, I would have to believe that they don't deem that QQ is one who can pull out a crowd, or to do certain things, which is unfortunate. I feel they are wrong, but it's their sole prerogative and their sole decision to make. However, I still continue to enjoy the love of fans locally," said QQ who broke into the business at age 11, with the hit single, Poverty.

The artiste, whose given name is Kareem Dawkins, told THE STAR that despite being overlooked for shows locally, he is not daunted and will continue to put in work in the studio.

"I will be continuing to make music and to continue to elevate the platform to this next level ... That's the plan for the remainder of the year, and putting things in place so if not this year, then next year QQ will be on all these local major shows that I am not on, and the fans will feel justified and happy," he said.