Strictly2K could not fail – Elephant Man 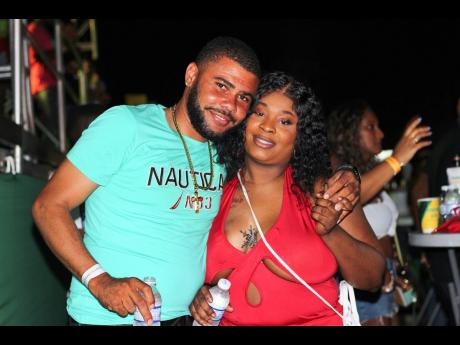 Date night was transformed for Jordan West and Shantay Spencer as they toasted to drinks and danced the event away. 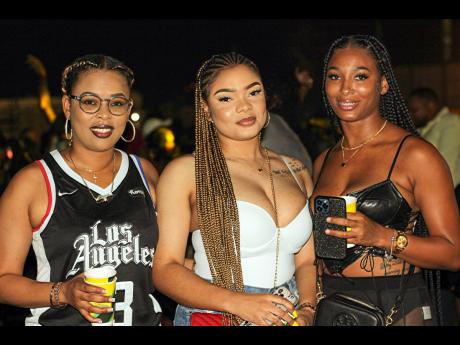 From left: Yanique Gordon, Carol Fullerton and Dana Hinds relished in the 2000s for their girl’s night out. 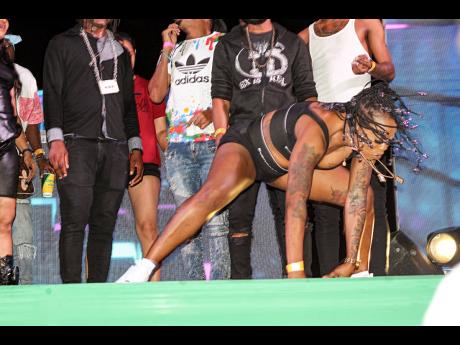 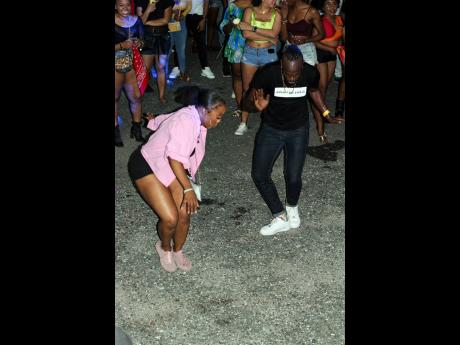 Dancing icon Boysie challenges a patron to a dance off in front of the stage. 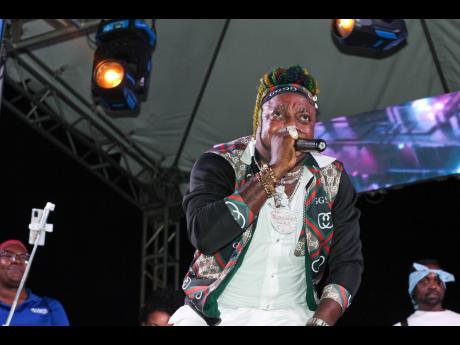 The ‘Energy Gad’ gets passionate on stage at the Strictly2K Throwback Music Festival. 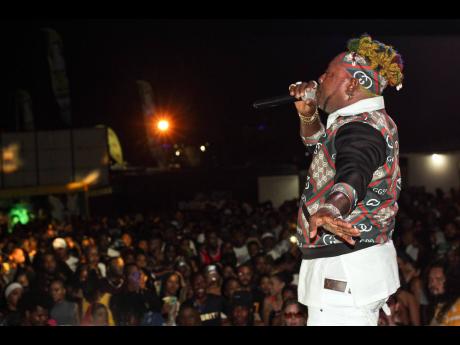 Dancehall entertainer and Strictly2K’s headliner Elephant Man takes a few minutes to speak to the patrons about the era. 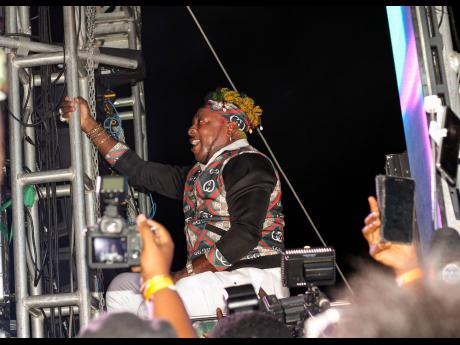 Elephant Man courageously climbs up a trussing and sits atop a column to grab the attention of the entire crowd at the Strictly2K Throwback Music Festival held at Mas Camp on Saturday. 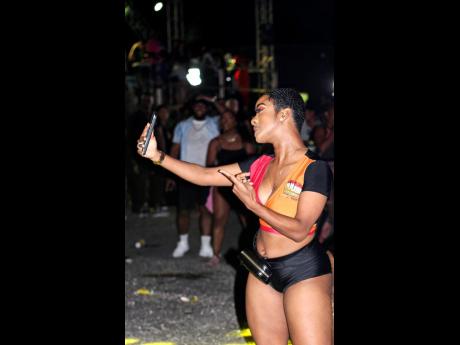 This Boom Energy Drink babe was caught feeling herself for a selfie. 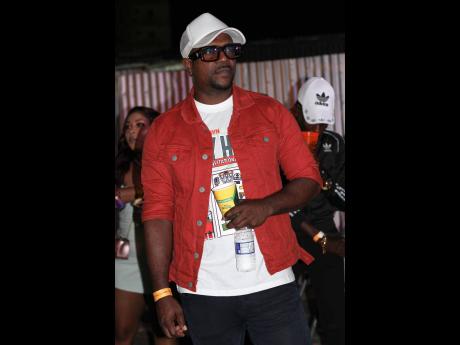 Dancehall legend Elephant Man may not have done much of his usual antics during his performance on the Strictly2K Throwback Music Festival stage, but the proclaimed 'Energy Gad' did not play it safe either.

During the middle of his set, the recording artiste decided to take things to a 'higher level' by climbing up a stage trussing to the tune of his hit single, Get On Up and Dance.

"Dem think me stop climb," he remarked. "Me see people a look fi me do something with energy or crazy, and that was it," Elephant Man told THE STAR.

He said that events like Strictly2K sets up to remind persons of the era that had people in a good mood, and that "It could not fail."

"We - myself, my crew and the organisers of Strictly2K - wanted to bring that vibe that made people feel the energy. Me know seh people a look fi the climbing, a look fi something weh will jerk dem up and get the adrenaline flowing. The people waah dance and I was not going to take that away from anyone," he said.

The artiste carried the patrons through 2000 to 2012 with hit songs such as Log On, Higher Level, Good 2 Go, Let's Get Physical and Dance and Sweep. To add to the niceness, iconic dancers like Boysie, Dyema Attitude, Mad Michelle and Keiva The Diva went toe-to-toe in friendly dancing competition on stage.

"You not gonna beat the 2000s; the drum and the bass, the love in the music, that obvious creativity and of course the fashion. The people dem come out man. Dancehall dem time deh was fun, from uptown to downtown did a dance and we did a enjoy we self, dancehall riddim after riddim. That's why Strictly2K was so good, so nostalgic fi most a we," Elephant Man said.

Before and after the entertainer's performance, selectors from Coppershot and Chromatic kept the patrons singing along and dancing to songs from the era, injecting some hits from other genres including R&B, pop and alternative music.

Gabrielle Curling, director of logistics and event production, said that approximately 2,000 patrons were inside the Mas Camp venue.