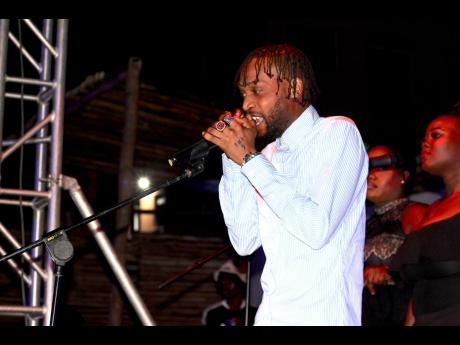 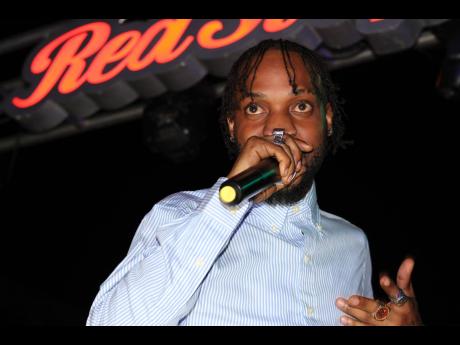 IWaata does not glorify material possessions. The fast-rising dancehall deejay wears several rings on his fingers, but he is quick to assert that none of them are for 'guarding' purposes.

"Me nuh guh nuh weh or to nutn else fi nuh guard, as me hear dem a seh. Me guard wid Fadda God, The Almighty, giver of my life," he continued.

Two deejay released a song and music video titled, Guard, two months ago. It has racked up more than 166,000 views of YouTube. The song has nothing to do with wearing any ornaments which is believed to hold supernatural power that provides protection for the wearer from harm. Instead the song focuses on the need to adopt a protective stance in order not to be harmed by persons, some of whom may pretend to be friends.

Meanwhile, weighing in on the debate about the extent to which dancehall music influences devious behaviours in the society, IWaata said that the blame is often misplaced.

"Dem cyaa blame the music" because as human beings, "a wah you waan tek inna yuh head". He believes everyone should take responsibility for themselves. Though he considers incidents of conflicts among youths as unfortunate, IWaata asserted that many schoolchildren know the right from the wrong and have allowed arrogance to cloud their minds.

"Dem, the youths, a get mislead by dem owna self. Yuh mother and father send you go learn yet you waah tek in guard ring? We cyaa fight you because you do what you choose!" he exclaimed.

Many students, especially in Jamaica, have been wearing guard rings for protection. In March, a 16-year-old student, Khamal Hall, was stabbed to death on the grounds of his school following a dispute over a guard ring. Commenting on the issue, IWaata said that students have a responsibility to themselves to make sound decisions.

"My message to di youths is this, who waan focus, focus. If yuh nuh focus, you going see the outcome sooner or later."

The self-styled Di Play Gad deejay is currently working on his next play, having just completed his acoustic album, titled Neptune, which is scheduled for release in September. He is also booked to perform in Barbados, Antigua and Trinidad during the summer months.

"Everything done compiled and ready for release but you have a thing say timing a di key. We nuh blast song like we nuh have song out there; Pain and Footplay out and we nah too distract from them. In the meantime, me just waan fans subscribe to IWaataVEVO and Spotify and stream di music," IWaata said.