Amechie looks to add to the McGregor legacy 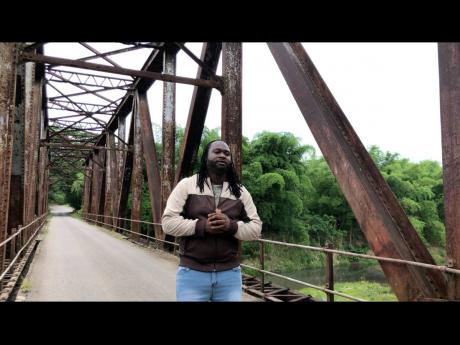 Reggae/dancehall artiste Amechie has been getting steady traction for his new release, titled Clean And Fresh.

The song was produced by DDJ Records and 10Sity Entertainment. Amechie is the nephew of reggae icon Freddie McGregor.

"My uncle and by extension my family have contributed a lot of quality music to the development of Jamaican music over the years. I have that reputation to live up to. Even though I benefit from the success of my uncle, it is still up to me to create my lane," he said. Clean and Fresh is a dancehall record and according to the artiste, the effort is intended to bring back party and fun in the dancehall space.

"I'm not here to say a man can't do certain type of music. That is not my role. However, when the music industry is concentrated with one type of music, that is where a real musical genius like myself has to draw the line and add some difference," he said.

The artiste also said that since the release of the record, several clips of persons going wild to the cadence of the track have gone viral.

"People just take on to the flow I guess because it's different. Sometimes out of nowhere, people send me videos of fans reacting to the record and that makes me know that we have something special," he said.

Amechie now hopes this moment will spark his breakthrough into the mainstream music industry, after years of being around the likes of his cousin Stephen Di Genius McGregor and other hitmakers from his uncle's Big Ship label.

"It's been years coming. I have put in the work, whether it be writing songs for other artistes in the past or writing and performing songs for myself. I think it's my time now to reap the rewards of the hard work I've done," he said.