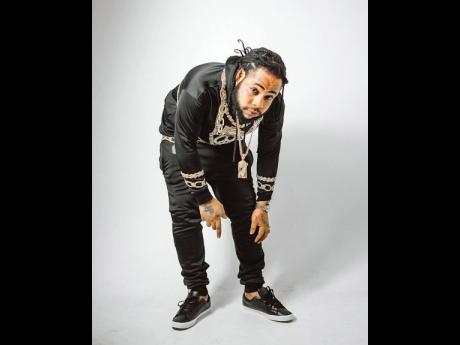 Dancehall recording artiste Squash shows his versatility with the release of what is being dubbed as a party anthem for the summer, titled ' 6ix Rack'.

The single is produced by Jovi Musiq and distributed by Hapilos. Since its release on May 2, it is closing in on one million views on Squash's Vevo account.

In the song, Squash talks about his successes and takes shots at the naysayers. His lyrics state that he has the place 'locked' as failure is not an option for him.

In addition to addressing his haters and showing off his well-earned success, Squash can be seen dancing in the video. He states, " Mi noh dancer but mi do di six rack", before adding the chorus: " Way far, dem way far from we ... Hate hard, dem a hate hard pan we".

The Sweepstake Life artiste hails from Salt Spring in St James and is predominately known for his gritty and hardcore music. Another release, Ambala, which is produced by 6ix Real Records and Hemton Music, brings the party/club vibe and has become a hit for the dance community on social media, especially on TikTok. It has been trending at number one for seven consecutive weeks on the Hapilos Top 10 Digital Chart.