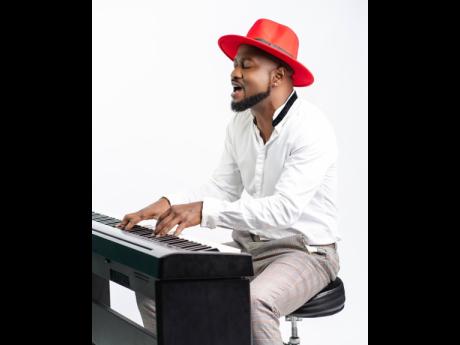 International recording artiste Serani believes that his new single Slowly, which features Nigerian Afrobeats star Oxlade, is a sure hit.

"At all times when I go in the studio, I go in there to a mek hit songs. So I don't have anything else but hit in mind," Serani told THE WEEKEND STAR. "If it's not a hit, I'd be surprised. I really like this one; it's one of my favourite songs that I've ever done." The single is expected to be released this Friday.

The musician has been in a creative zone for some time, which oozes throughout the record. Slowly marries Afrobeats and dancehall and tells the tale of pent-up attraction, right in time for summer flings and romances.

"It's a mid-tempo song but it's straight party, beach, club, pool party vibes. It can play anywhere. It has the concert vibe too because the chorus is catchy. I always try to make the chorus catchy and this is one of the catchiest ones I have. It's a beautiful song and the engineer Legendary Prince did a really good job of blending both vocals. I just hope everybody enjoys it," said the singer.

Slowly is the lead single off Serani's upcoming Afrobeats album and he started working on the record early last year. Opining that nothing happens before the time, Serani sat with the record, mentally and physically producing it and listening to it for months to attain the quality he wanted. He then connected with producer Yo Christon in January to complete the project and management sealed the deal between Serani and Oxlade.

"I didn't intend for it to be a collab. I was just trying to make a really good song and it turned out to be a great song," said Serani.

The No Games hitmaker is no stranger to working with African acts, with his last Afrobeats collaboration Secret with Burna Boy, being a standout on the latter's 2019 Grammy-nominated African Giant album. Oxlade has risen to the fore over the past two years with songs including Ojuju, Want You and Away.

A music video is expected in the future, but for now Serani is hoping to release a video showing the making of the project on Saturday. The video will add to his 'The Making of' Instagram series which has so far included the 'Dying' and 'Smash' rhythms, the latter hosting the hit song Dutty Whine by Tony Matterhorn.