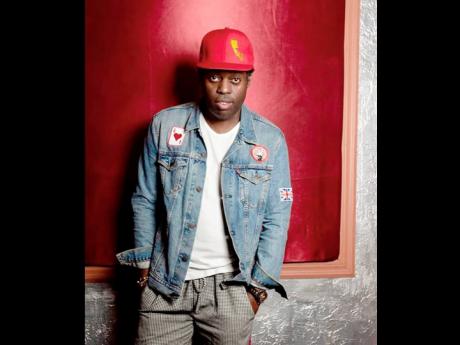 Award-winning producer Bulby York is encouraging females in the music industry to "remember they are queens".

He told THE WEEKEND STAR that there is nothing more attractive than a female, especially a female entertainer, who "does not sink down to a man's level in situations that require her to put a man in his place." To send this message, Bulby York, given name Collin York, paired two dynamic female acts, dancehall icon Tanya Stephens and talented singer-songwriter Malica Stallworth for his latest production, aptly titled Queen. He said that the song encourages women to affirm their royalty, stand in their own power and define their own paths.

"We often overlook the importance of females, of what they have to offer when we should be glorifying them," Bulby York said. "We treat them as if they are less than, when in reality they do so much more and accomplish more with less support and recognition." The song which is scheduled to hit all platforms this Friday, is a prelude to Bulby York's fourth album.

Bulby York's production credits read as a who's who of dancehall like Sean Paul, Bounty Killer and Beenie Man. He has also worked with pop stars like Britney Spears, Madonna and Rihanna. When he first worked with Tanya Stephens, she was just a shy teenage girl but he said that the Unapologetic artiste was sure of her goals.

"She is the definition of sticking to your craft to become great. She was and still is articulate and was always dedicated to improving her craft. Malica, who is a super fan of Tanya, is now more motivated knowing she wrote the song and delivered with the right meaning," he said.

Stallworth did a collaboration with Beenie Man titled Wiggle Wiggle on Bulby York's Heartcrafted album. She shared that she has been observing the disrespect that women, especially women of colour, receive on public platforms, particularly social media. She was disturbed by the ways in which black women are judged and treated based on the actions of a few.

"If you listen to my verses, you'll hear the affirmations 'I know I am worthy, divine, and royal' for women," she said. "One of the first lines I wrote was ' mind your manners when you talk to a Queen' because the one thing I want women to take away from this song is to not allow yourself to be separated from your royalty."