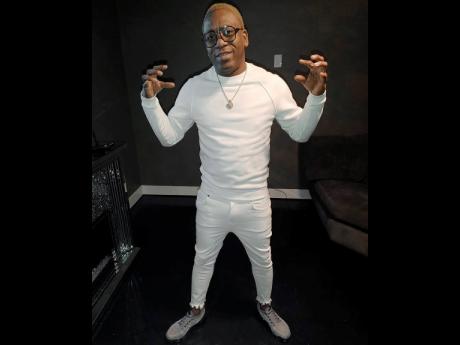 Reunited was just one of the songs that veteran selector Bill Cosby played at Weddy Weddy Wednesdays recently, but it had "an emotional impact" on the selector, who is officially back where he started -- at Stone Love -- the sound system on which he cut his teeth many years ago.

He calls Stone Love "an insitution of higher learning".

"Fada Pow [Stone Love owner Winston 'Wee Pow' Powell] and I sit down and have a discussion and reason about things. You are never too old to learn," Bill Cosby told THE WEEKEND STAR. "It is a pleasure and an honour to be back in the Stone Love family. Right now words can't express how mi feel to be back. I'm just overwhelmed at the reception by Stone Love family, from the artistes, the music industry ... everybody. They say that big men don't cry, but to be honest it was a crying moment for me in front of my wife. Mi haffi stand up firm and hol' dem back that night deh."

The selector, who has been residing in Canada, visited Jamaica with his wife recently and used the opportunity to renew friendships.

"We had a discussion and we welcome Bill Cosby back to the fold," Powell said.

Bill Cosby, who shared that it was Billy Slaugher and Powell who gave him that name when he was a young selector, said that he still remembers the day when they told him he dressed like the famous actor. He said that he is older and wiser and ready to go with the sound system wherever in the world it leads him.

"This is the start of a new era for me. I have been away for nine years and to come back and create an impact on a sound like Stone Love is something special. Wee Pow is a man who tek mi under him wing and treat me like a son. Every young man from the ghetto dream of playing on a sound like Stone Love and I was one of those who lived that dream and made my name," he said.