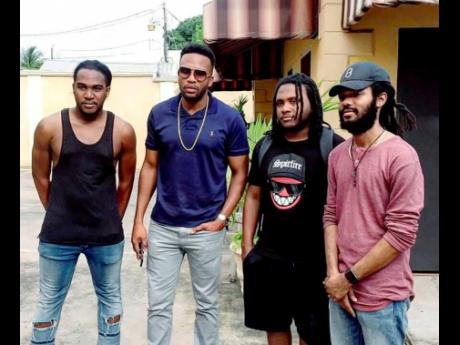 The Amazon drama The Wilds, which premiered its second season last Friday, joins the list of TV series to make a dancehall production part of its soundtrack with the single Dream.

According to Jaxx, international film creators are seeking other genres that are effective in sending the message that they want their productions to provide and "dancehall is becoming structured in a way which speaks to the masses". After five years, he said that he had no expectations for the song except that nothing happens before its time.

"The track must have been in the making since 2017 or 2018 thereabouts. When Staxx and I were introduced to Red Bull-sponsored freestyle footballer Sean Garnier we went along with the idea to record him kicking the ball in the booth," Jaxx shared. "It became part of the rhythm and then at the time, Indie Allen was an up-and-coming artiste who we saw a lot of potential in. Staxx connected with Sasco after and then the song came together. One thing is sure, the song was ahead of its time when we put it together."

Jaxx and Staxx have been working together since 2012 but made their official debut as a production duo in 2016. They are behind many popular dancehall songs including Wasteman by Jada Kingdom and Stalk Ashley, Cah Leave by Shane O and Ishawna and Konshens' Heaven Dis. Their sound has evolved over the years of working together, Jaxx shared, adding cohesiveness and structure to an already creative sound.

Persons who watch The Wilds, which stars Sophia Ali, Shannon Berry and Zac Calderon, can hear Dream in the third episode. Jaxx said that the song is appropriate for the drama series which is about a group of teenagers on an island fighting for survival in what happens to be a social experiment.

"It's just as the title reads, a song about fulfilling dreams and we just want more persons to live the dream and be strong in their beliefs. This is just the beginning for our production and we just want the song and everyone who contributed to it to get the exposure deserved," Jaxx said.