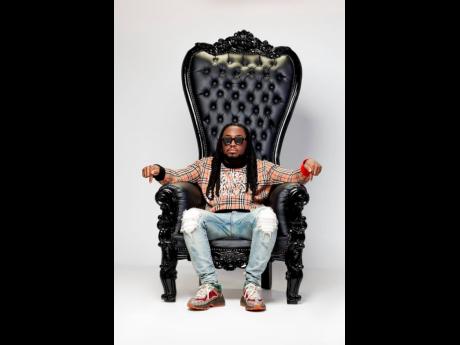 Musician and songwriter Pilgrim Orchestra has lauded Romeich Entertainment head Romeich Major with giving him beneficial, unsolicited advice as he tries to build his brand.

"It's a pleasure to be working with Romeich Entertainment and the entire team. In our conversations, he stated: 'There is no need for you to hop on trends and try to be a crowd-pleaser. You're on the right path. Keep doing what you're doing and be yourself always. Never stop praying, trust and believe, your time will come,'" Pilgrim Orchestra told THE STAR.

Though he is not signed to the label, the artiste is not against the idea. But he has expressed that for now: "Let the music speaks for itself. I have nothing to prove."

Pilgrim Orchestra, given name Onaje Chevers, has been writing and recording music from the age of 13, and now, at 25, has experienced what he has dubbed his proudest moment: the opportunity to work with Romeich Entertainment.

"The name Pilgrim Orchestra came about due to the fact that I'm always travelling, and I've been affiliated with musical instruments from a tender age, something you've never seen before. I've been an eloquent writer since then, and still am. The only improvement is my voice control," he said. Recently, Pilgrim Orchestra released the single God Is Love, which was produced by Romeich Entertainment.

"The making of this whole project with Romeich Entertainment was phenomenal. We were in the studio, the engineer started playing the instrumental, and immediately I started singing, 'God is love'. The rest is history. It's the type of song you listen to, knowing you're working non-stop towards achieving your goals and you never stop praying, trusting and believing in God," said Pilgrim Orchestra. In three weeks, God Is Love has garnered over 85,000 views on YouTube, and he is looking forward to future endorsements and deals for the song.

Though the title of this production is not entirely unique, Pilgrim Orchestra feels that persons who listen to his music will be able to pinpoint one-off characteristics that set him and his music in a different category.

"It's a song that everyone can listen and relate to, so I figured that would be the most suitable title for the song. Lately, the majority of the songs in dancehall are depicting the same topics, but I'm here to make a difference with substantial music," Pilgrim Orchestra said. "I feel welcomed and honoured to be a part of this amazing industry."

His previous releases include Raincoat and Clarks, Catfish and Don't Stress It.