‘I do music for adults’ - Ensure you follow the parenting ‘Code’, says Brysco 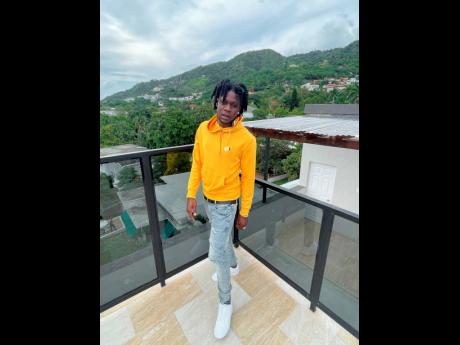 The song recently caused a stir after some high school students created their own visuals for the song, using the popular nutritional shake for good measure.

Brysco, a father of three girls, said that parents have a responsibility to raise their children well. He said that he should not be blamed for the actions of the children, who he said "embarrassed dem schools in dem uniform".

"I do music for adults," Brysco told THE STAR, while insisting that parents must supervise their children.

"Parents should have more control over their children before they blame someone for their content," the rising star added.

Brysco reasoned that many persons access content on social media, and notes that platforms like TikTok have rules and policies governing usage. He said that the fact that underaged students are able to have accounts on these platforms and consume and post content that are not age appropriate is a failure of the homes.

"Parents need to check their phones and make sure them nah sign up to fraud email to have access to things they don't need or should not be seeing," the former student of Green Pond High School student said.

Additionally, Brysco said that schools have a duty to reinforce social values. He said that the fact that the mind-blowing video involving the children was done on school grounds is a failure of the learning institution.

"I'm not a supporter of the teenagers behaving in that slack manner, and worse fi go embarrass dem schools in dem uniform. If the security and teachers were doing their job, it wouldn't reach there so," the dancehall artiste said.

He told THE STAR that his refusal to like or share the video, which was uploaded to social media, is an indication of his strong position on the matter.

"My followers will see that I did not support those teenagers who got suspended, by making a repost of their video. I'm a father myself, of three baby girls, and I have to lead by example. , I wouldn't want to be supporting that, knowing I have children of my own who are going to be the future. I'm only supporting the adults' posts," Brysco said.

While stating that "Children will always be children", Brysco has urged youngsters to exercise restrain and to focus on their education.

"My advice to them is not to break the rules, wait until you are 18 to engage in adult activities. Don't rush your age," he said.

In the meantime, Brysco said that the public's reaction to Code has been "mind-blowing", but he never expected persons to pick the specific line 'backroad gyal, $&*k eeh wid di Ensure' to make the song trend.