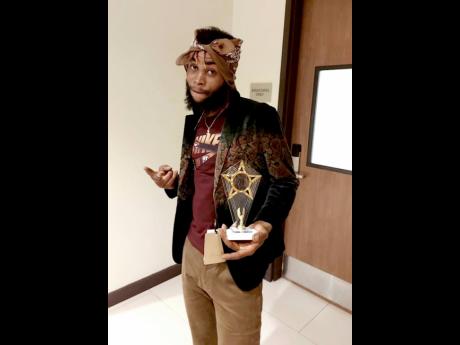 Comedian and social-media personality Firstborn says that he was angered by members of the virtual community after he was wrongfully accused of being a participant in a viral video depicting two men engaged in sexual activities.

Persons stated that Firstborn, given name Dimitri Campbell, looked like one of the men in the video. However, the comedian has denied the claims and has labelled the assertions as hurtful and untrue.

"I was extremely upset as anyone else would be. That's clearly not me and I've never and will never take part in any sexual activity with another man," Firstborn told THE STAR.

"What people do with their sexual life isn't my business, however, this just goes to show you how naive and judgmental people are without thinking about the consequences it could cause for not only myself, but my family and the brand I'm trying to build," he added.

Firstborn said he does not know the source of the rumours but warned persons against spreading the false information and the negative consequences that could have resulted. He said that even if the video had involved a male and female, he would still not be happy about the mistaken identity.

"I don't want anything to affect the brand. We have so many more plans, from writing scripts to directing movies. Some of us can act, deejay, rap and sing, [so] we combine all the talents together and create what we can," Firstborn said.