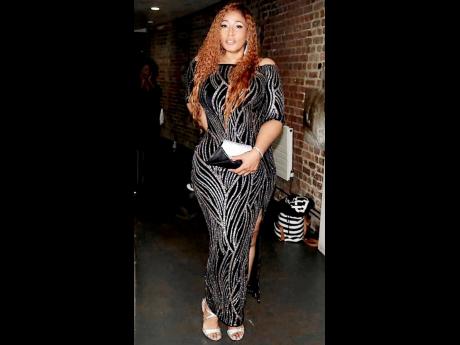 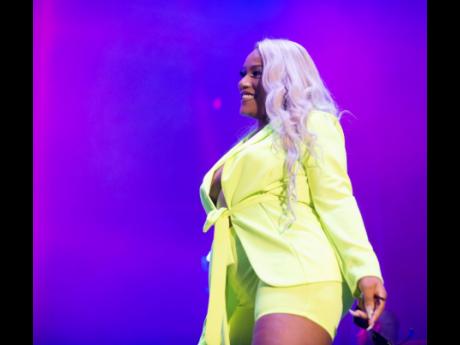 Many Jamaican mothers would laugh if their child called with demands like 12 bottles of champagne, the outer shell of M&Ms and a T-shirt with their face illustrated on it.

But not Mariah London. The mother of international superstar Stefflon Don was eager to get the task done when her daughter, who, while on UK's Capital Breakfast programme with Rohan Kemp a few years ago, called her up, pranking her with the outrageous requests.

But Mumma London, as she is widely known, says that she would do anything for her children. She boldly told THE WEEKEND STAR: "I am a perfect mother. I am always kind, that's the type of person I am, and I am also very encouraging."

What she has not always been, she revealed, is courageous. Mumma London has long desired to pursue a music-recording career and, even though she had experience with performing live, she still had her doubts. But it would appear that, after watching her daughter and playing the role of her right hand, she has built up the courage to tackle her dream head-on.

She has released three tracks, her latest being the reggae mix of the single Your Time Has Come. Recalling life in Jamaica, she told THE WEEKEND STAR that she used to work as a performer with a band in the hotel and tourism industry.

"I always wanted to go solo and do my own music, and had it in mind I would do music one day. One day, I finally did it. That's what Y our Time Has Come is about," Mumma London said.

The mother of eight prides herself on being the type of woman who fosters a creative environment for her children, putting their aspirations ahead of hers and teaching them to put God first. Stefflon Don's brother, Dutch, known as Dutchavelli, is also a successful rapper.

"As a child, Dutch was always rapping outside and, ever since the age of five, I noticed Steff's talent. She always been doing music in school, performing in concerts and coming home with trophies. So I wasn't surprised she kept pursuing it. I always knew she wanted to be a music star, and she recorded her first song at nine years old, unlike me. But, better late than never. I just want my music to uplift people and I already see it doing that," Mumma London said.