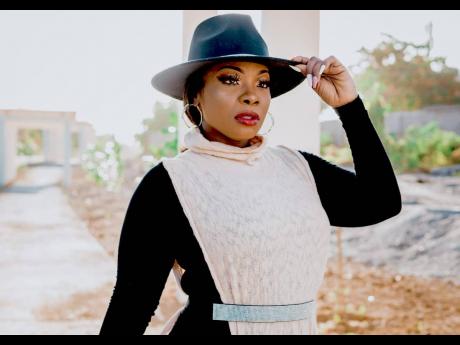 "We don't have that culture here," the artiste said. "Very few sound system, selectors or radio DJs will hear the music of a new artiste -- a trying artiste or one that has dedicated a lot to the craft -- and say, 'Yuh know wah? Me a go be the DJ that makes this artiste music get out there," she told THE STAR.

Pamputtae has enjoyed local success since being featured by Tony Matterhorn on the intro of his song Goodas Fi Dem, in 2006. She has been featured on several street favourites, including Talk Di Tings, Slim vs Fluffy with Spice, Hook, Sticky Wine, Single Mother, Heart Clean and Handfull, but said that she has experienced her fair share of disrespect.

"One thing I've seen and heard is a DJ say is, 'yuh nuh hot' or 'yuh music nuh hot', all when dem nuh hear it yet," she said. "Dem don't want to buss an artiste, and the problem is that we don't have a lot of leaders, they're followers. Many of dem just a listen to the crowd about who music to play or not to play."

The artiste has been on the road with Minister Taneisha Shaw promoting their gospel dancehall track, God and Time. She recently made a guest appearance at the grand finals of the SunCity 104.9 FM High School Disc Jock Competition, where she urged the youngsters to lead a culture of fairness and "maintain a reputation of playing fair".

"We have to be thankful for the support, no matter how small. But I can tell you, this gospel dancehall single is being requested inna di dance dem, and, despite its dancehall nature, religious people are very appreciative of the message," she said.

"Now, we just need to see selectors ah select it, even without nobody request it. I'm also urging the younger ones dem coming up to give artistes a chance. Me nah say dem fi play a song outta ignorance, but fi listen to some unknown youths and the females that coming up who song weh, maybe nuh hot but have potential. Become the change the dancehall needs to see, memba a song cyaa get hot unless it gets played," Pamputtae urged.