Yemi Alade begs artistes to stay true to themselves 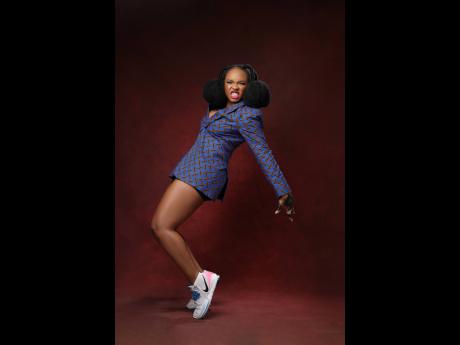 Nigerian recording artiste Yemi Alade insists that if any music executive dared to request that she changes her accent to please a particular audience, she will close the curtains indefinitely.

"It's like, 'Why don't you just go and get another artiste because you obviously don't want anything I am made up of. You don't want the things that make me, me'. For me that would mean changing my African-ness, which is my superpower. If I change it then I would lose a big chunk of myself. That would be such a sacrifice that I can't do without," she said.

Yemi Alade is one of the most successful female singers out of Nigeria and is known for singing in various African languages. This has helped to increase her popularity across various African nations. With more than 25 million followers across social media platforms and her breakthrough single Johnny hitting more than 130 million views on YouTube, she has international appeal.

Though a request for her to change anything has not been made, she encourages her fellow recording artistes not to fall victim to any such demand.

"If it would mean changing what is original to you as an artiste, changing what makes you stand out, don't do it," she warned fellow African artistes and dancehall entertainers changing their accents and styles to crossover internationally. "We all realise changing the language and one's accent is somewhat changing the genre." She also noted that there are other executives and supporters who complain when artistes change their accent.

"I found out by touring over the years around the world that those who are for you, are for you. Even as a human being first before becoming a professional artiste, I find that I have fallen in love with several songs where I didn't understand a word they were saying. But it resonated within my soul and I could feel the pain and happiness in the song. It goes to show music is its own universe. There are no tribes there, it's just melody, rhymes and vibes," she said.

She has revealed her love affair with dancehall and it has given birth to a collaboration with Nobody Has To Know hitmaker Kranium. The sultry track titled My Man mixes Afrobeat, reggae and R&B.

"If at any point I am delivering more R&B it is maybe because I have been listening to that genre for a long period. With dancehall, my accent may change, not 100 per cent, and you'll hear the influences in My Man and it's not forced. I'm not trying to be anything other than myself," Yemi Alade said. "I see myself as versatile. I can do anything I want to do because I am just a vessel and music gets to go through me to the speakers ... and everybody listens and whatever I put out is whatever has been communicated to me by the music."