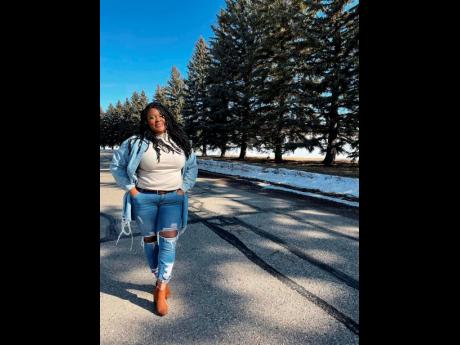 In 2011, singer Lenya Wilks went through a most traumatic experience. Her home was invaded by thugs and she was sexually assaulted.

Wilks recently participated in the blind auditions for Canada's Got Talent reality talent show, where she told the panel of judges, "I was in a home invasion and so this is my opportunity to come back to challenge myself and put myself out there after being through something like that."

Wilks, who was 21 at the time of the incident, said that "part of me felt that it was my fault. I felt that I brought this into my parent home".

In the interview for Canada's Got Talent, Wilks said that it felt that her life was being defined by the incident. In a bid to escape it, she went to Canada where she hit the reset button.

"I moved to Canada in 2016, completed a bachelor's degree in music, work for a bunch of not-for-profit organisations, [and] then got married. I have been living a very simple life in Brandon, Manitoba where I called home for the past six years. I recently moved to Surrey, British Columbia," she said.

During last week's show, Wilks demonstrated her vocal range as she challenged for the grand prize of CAD$150,000, as well as the opportunity to perform in the America's Got Talent Las Vegas LIVE show. However, despite positive responses from two of the judges, she did not make the cut for the semi-finals.

She said that stepping back into the spotlight has been an enlightening experience.

"I must thank Jamaica and the people for the abundance of love and support in this short journey, but, while we are very supportive people, we need to start seeing the talent for who they are. I can truly say the love I felt was eye-opening that I need to come back to music," she said.

She believes that more can be done to harness talent in Jamaica.

"A lot of the times, we don't see our talents until they are on an international stage,and we need to start changing that -- not wait until they are on an international platform to recognise their full potential. Jamaica is packed with untapped natural talent and I found that, unless you're doing certain music, or your skin tone is of a certain colour, or you're in certain circles, it can be such a struggle," Wilks said.

Meanwhile, the powerful singer told THE STAR, that the horrific ordeal to which she was subjected should not be used as a yardstick to judge Jamaicans.

"When I speak of the five-and-a-half hour home invasion that happened at my home, it is not a reflection of Jamaican people. I love my home country and Jamaicans are very loving and full of pride for their country. But, in every situation, there are people who just make it bad for others," she said.

A talented singer, Wilks emerged on the scene in 2007 when she entered Digicel Rising Stars. While she did not make it to the medal round, Wilks, who was 17 years old at the time, wowed veteran crooner Beres Hammond and received an invitation to join his Harmony House. She toured with him until 2011, before embarking on a solo career.