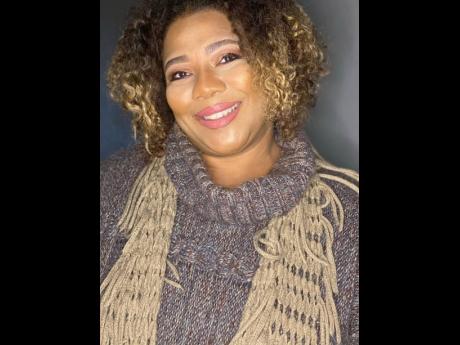 Davila, who was based in Dallas, Texas, and carved out a reputation as an artiste manager and publicist, died a week ago. But her passing is still news to many, as she was a very private, low-key person, according to the artistes.

Christi Lux described her as a "mentor". The artiste was being managed by Davila, and confirmed her death to THE WEEKEND STAR, saying she died on April 21 after a short battle with cancer.

"Her passing came so unexpected. I feel like I lost a mother, that's how much I love her. Now, there's a big void in my heart," she said.

Having done a media tour in New York City, courtesy of Davila Management, Christi Lux gained some traction for her singles Bebe and Roll It from media engagements with Telemundo, and appeared on 2021 Fashion Week with Mary J Blige.

"Cyndi was the type of person who makes an impact because she was knowledgeable of her craft and willing to help so many people, from friends to artistes, and she had a soft heart for the elderly. She is survived by her mother," Christi Lux said. "She pushed people to reach their full potential. She was kind, generous...just the sweetest person, and she is loved worldwide."

Raine Seville said that Davila "was living proof that good people still exist in the industry and the world".

Through her years working with NotNice, Davila assisted him to lay the groundwork for approximately three years, starting in 2012. Her dedication and perseverance led to her later becoming his manager. From there, she was introduced to the local music industry, where she gained knowledge of music production and eventually worked with the likes of Alkaline, Spice, Jahmiel and recently KipRich, who was working on a project for her and Christi Lux.

RESPECT AND APPRECIATION FOR TALENT

"For someone who was very low-key, Davila put in a lot of work behind the scenes, and she knew what she wanted. She was the kind of person that was supportive and she respected and appreciated talent," KipRich shared. "She was just an easy person to deal with and knew when to give the motivational talk, like, everything is going to be fine. I didn't know she was ailing because she was always high-energy. This definitely has shocked the industry and will continue to shock persons who have yet to hear. It's all too sudden."

Christi Lux shared that Davila's funeral will be held at a private location overseas this Saturday.