Jdart shooting his shot in dancehall from Japan 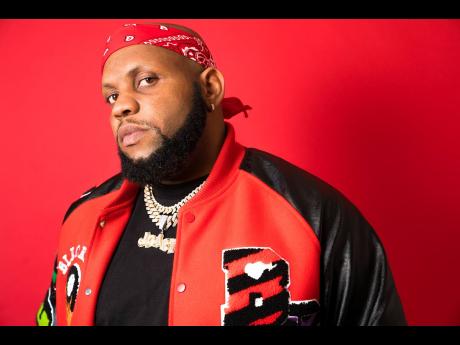 While it is said that a younger generation of recording artistes is ruling the dancehall kingdom in Jamaica, there are a few like Jdart who believe that age is but a number. Jdart is shooting his shot all the way from Japan.

A love of cars led the 39-year-old to the country in search of a job in the automotive industry in 2008, but the dancehall culture has kept him there.

"At first people used to say 'At dem age yah yuh going take up music?' and things like 'My yute, yuh a soon 40'. But I have found that internationally, people have an appreciation for my music and it is not about my age," Jdart shared. "Dancehall is big in Japan but there is a breakdown [so] in some years, it's like a surge and now it is coming back to the fore and the younger generation is picking it up." His 2020 single Time Out was a step in the right direction "as people in places I don't even know or can't pronounce the name are listening to it".

"I just have to continue doing what I love, do the right thing, the right way. Through this platform I'm going to execute it and my mission is to enlighten some of the youths that there is hope in doing things your way and by believing in yourself. You can do something when yuh all 100 years old, once yuh put yuh mind to it and put in the work," he said.

Other releases Chappa, Mi Learn, and Nah Sell Out, which is a collaboration with Chronic Law have helped Jdart garner a diverse audience of young and old. The artiste is currently promoting a new single titled Believe, which is produced by his own label, Cutsleeve Records.

"I'm an artiste who believes in music and for it to not be locked in a box. This latest production shows another part of my journey and process. The feedback I'm getting gives me a ray of hope and confidence to continue. The pandemic was really something that let me put me in the direction of doing music more and going professional because I had time to record myself and it was also a door opener for business. I have a lot coming this year," Jdart said.