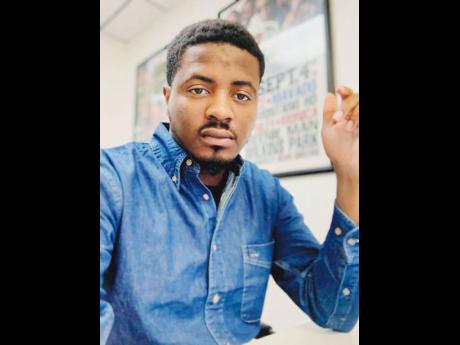 Producer Romieikon tastefully explores the topic of sex on his latest project, the Channel 28 rhythm.

He said, "As an adult, I realised the conversations surrounding sex in our culture are still sort of taboo. I wanted the songs on the rhythm to speak to how to make love to a woman, pleasing, or catering to a woman in a respectful manner." According to Romieikon, the juggling rhythm features Deeclef, Devin Di Dakta, Xx3eme, Kacique, Knaxx and Jae Prynse and takes a different approach to sex. Romieikon recalls that as a child, he was exposed to pornography and often wondered what the 'noise' was for.

"I discovered the 'blue movie' channel in the daytime; that was channel 28 and it was forbidden," said Romieikon, whose given name is Romario English. "The images were scrambled but I could hear sound here and there. I also wondered why it [the channel] had a password, and being the curious youth I was, I waited until midnight to see if there was more I could find out. I found it strange the noises that were being made."

Romieikon recalled scuffling to change the channel and turn off the television one night when his mother got up for her routine visit to the bathroom. The noises were an easy giveaway, he said, and "were sometimes disturbing".

"I believe wholeheartedly in the concept of nature vs nurture and that children are reflections of their upbringing," he said, noting that if he was able to view the pornographic content, it would have probably impacted him in other ways. However, it is the inspiration behind his latest production.

Romieikon is behind Spice's 2020 hit Rolling, which has garnered over five million digital streams, and also the Zinc Fence rhythm (2021). Wanting to change the global perspective that dancehall is aggressive and explicit when it speaks of sex, the producer and dancehall influencer said that he merged contemporary reggae, R&B and dancehall and the recording artistes were asked to deliver in a way their fans were not accustomed to. The legendary New York sound system King Addies did one of its signature rhythm mixes for the production.

"Their recordings are more controlled and not as X-rated [so] I'm looking forward to breaking musical barriers with this production because it definitely packs the components necessary to cross over. I am excited to be positively contributing to my industry and Channel 28 is here to set the tone for many great projects to come," Romieikon said.