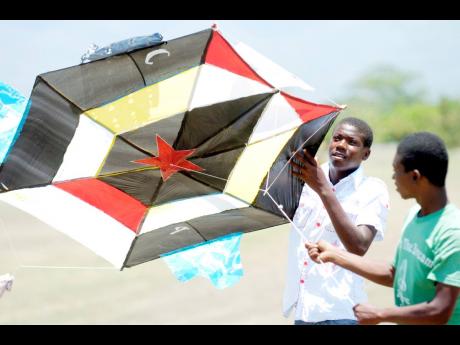 Promoter of the St Mary Kite & Food Festival Rajay Gordon is counting his blessings that the entertainment sector was given the go-ahead in time for the Easter weekend.

The event is scheduled for Easter Sunday at the Buccaneer's Jerk and Juice in Port Maria, St Mary.

"We were given a tight time frame to plan but were elated when the Government announced the re-opening of Jamaica and were prepared to take on the challenge," he told THE STAR. "I feel blessed that I'm able to put this event on for the community, for them to come out and enjoy a day filled with family-oriented activities. Our event will be somewhere for the residents and visitors alike to go over the holiday. After two years of being confined to strict COVID protocols, we've added something for all ages to enjoy."

Gordon was raised in St Mary and is the son of one of the promoters of the renowned Jamaica Kite Festival held in St Ann. In order to keep his new brand elevated during the pandemic, it became the norm for him to attend small, intimate gatherings to support other members of the community.

The event, which was slated to host its inaugural edition in 2020, was postponed due to the pandemic. Artistes like Skillibeng, Tommy Lee Sparta and Kevin Downswell were part of the entertainment line-up.

"We had to revisit and we have chosen two young and current artistes that have growing fan bases while remaining conscious that we will have a broad audience in terms of age. It was important for us to appeal to our more mature patrons, and Beenie Man was our first choice as he is able to capture the attention of all age groups appropriately," Gordon said.

Jahshii, Laa Lee and Chezidek are now some of the names who will christen the festival and it is hoped that they will set the trend for future stagings.