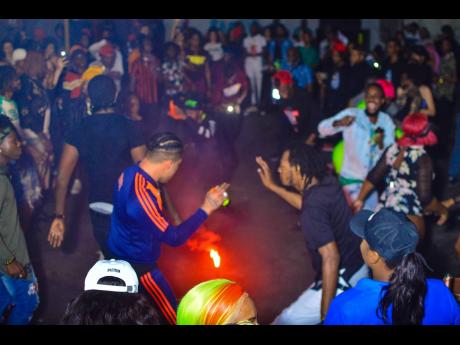 Some members of the entertainment industry say they hold no objections with police in several divisions imposing a temporary restriction on the granting of permits for events within crime-plagued areas.

"We can look at the incident which occurred just recently, Sunday night, where 12 persons were shot and injured when men armed with guns entered an event and opened fire on the patrons. When it comes to the harsh reality of our crime situation, it is hard to say as a promoter, but I agree to not giving permits. The reality is what it is," Fabian O'Hara told THE STAR.

O'Hara, who has been invested in Jamaica's events sector with parties such as Marco Polo and 90s Recall, said that the Jamaica Constabulary Force (JCF) does not have adequate manpower in every jurisdiction to properly police events and patrol the surrounding areas.

He continued, "Crime isn't hard to curb. It is simply owing to lack of police or a case of prosecution not having enough evidence to put away, and keep the people causing the problem locked away. These 'violence producers' as they are being called, are known to the residents and police but persons are not willing to testify because if you can't properly protect people, they will not be open to testifying, [so] many are still scared for their families. Even if [parties are] held in the designated entertainment zones, people can still be caught in gunfire while on their way home unless there are enough police personnel to man the streets."

Portmore Society promoter Romaine 'Luigi' Brown agreed that stopping events is more about the safety of Jamaicans rather than curbing crime.

"The people are the number one priority, so if criminal activities in an area have reached to a significant level then I can understand the decisions. For example, if there is an ongoing gang war between rivals, then a lot of persons' safety may be at risk in the particular area of combat. If that's the case (or similar case) then we, the promoters, can't argue against that," Brown said.

Prominent selector Boom Boom said that "no one has anything to gain" from the gun violence and upsurge in crime.

"The innocent people want the man dem stop the senseless killings and the turf war because at the end of the day, a only Dovecot and Meadowrest a gain bodies. People already looking at our culture as violent. We don't want to be turning the people away before they actually get to experience the good that is Jamaican culture," Boom Boom said.