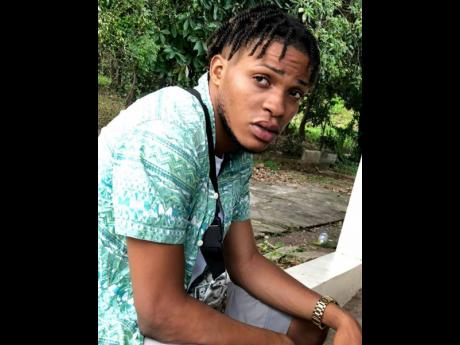 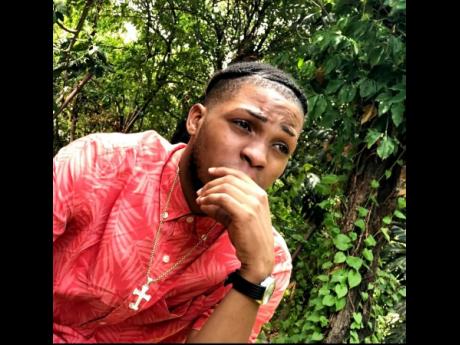 Deno Crazy, 24, one of Jamaica's more popular comedians on social media, recalls the day when he had nothing to eat while struggling to make ends meet as a barber in Ewarton, St Catherine.

Financial difficulties had earlier stopped him from finishing his studies at Ewarton High School because his mother, Sophia Eubanks, could not pay for his exams. Deno Crazy, given name Andre Dixon, told THE WEEKEND STAR that his transition to become one of the most sought-after comics started from a humbling experience four years ago.

"Mi come from work because no work no gwaan, so mi neva have dollar inna mi pocket. Mi go link mi cousin cause mi did hungry till me all a shake," he said. However, there was nothing on the menu as his aunt did not cook anything.

"Same time mi see a piece a bread back wid likkle peanut butter. Mi tek it up and go round a di back of the house. Before mi eat the bread, mi siddung and start bawl and a from that day mi tell miself say mi will never bruk again," he said. The comedian, who was recently chosen as the ambassador for Flow's 'Yaad and Road' campaign, became known for his short skits posted on his social media accounts. His popularity has grown significantly in the past two years.

"Mi feel proud inna miself cause me know say anything dem ago do ago big and who no know ago know me now. Di aunty weh a 80 ago start see me pon har YouTube and hear mi pon har radio," he said. Deno Crazy's humorous and original skits capture, for the most part, the core of Jamaica's unmatched culture. However, in remembering the early stages of his career, he spoke of an abundance of ridicule.

"The journey never easy being a comedian either. Yuh dun know people ago criticise yuh and say 'watch dah idiot yah'. Mi go through all a dat but me is a person from yuh say yuh no like me, mi ago mek sure yuh see me everywhere. The moment people start talk down on me, is the moment mi get more motivation," he said.

Despite being a comedian, Deno Crazy said that he is serious about life.

"The journey did ruff because a me alone. Mi never wah bother me mother nor mi father and be a burden to dem. Mi mother never have it, so mi know mi couldn't be a burden to har so mi decide fi hustle fi my own. Mi used to sell Jolly Rancher, shoes, bag and any likkle thing mi can hustle," he said.

"I actually admire my mother, because I wonder how she did it. Right now, she is my biggest motivation and biggest fan. Mi a come from a very dark place. So right now, mi just a focus on building my riches and taking care of my mother and younger brothers."