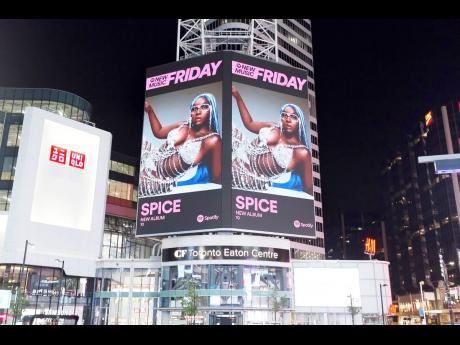 Spice, displayed on the Spotify board at the Eaton Center in Toronto. 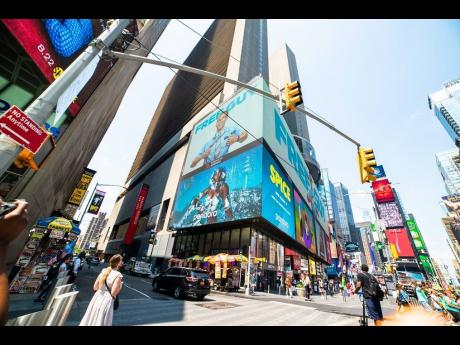 Spice on Pandora’s board at 45th and Broadway. 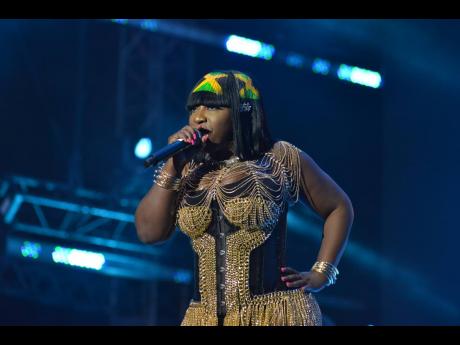 VP Records is making it clear that despite arguments to the contrary, they invested heavily in Spice's debut album, 10, and they are eager to work with her on future projects.

The album received a Grammy nomination in the Best Reggae Album category and VP is taking full credit for it. Spice, however, has stated that it was a friend who had submitted the album.

"VP did submit Spice's 10 album for the 2022 Grammys. We're very excited and happy for Spice to get this recognition, which she deserves," VP Records executive Chris Chin told THE STAR.

He said that the company had submitted all of its releases that met the requirements for the Best Reggae Album category. "We do these every year. VP has a great relationship with the Recording Academy, with whom we've coordinated multiple events and artiste visits in years past," said Chin.

He expressed joy at the nomination, and commended Spice and his staff on a job well done.

"We invested in bringing on independent marketing, press and visual/art specialists for this project. Everything was facilitated by VP Records, in conjunction with Spice and her team," he emphasised.

"We empowered our staff in our NYC, Miami, London, Kingston, Tokyo and Rio de Janeiro offices to bring their best in making Spice's first album a classic. We're thankful to have a team that shared so much passion for such an iconic release. We've invested substantially in the 10 album project, as was seen in the marketing roll-out and final album product. This is a VP album release, of course we're interested in it," Chin said.

Word on the street is that Spice, having delivered the album, has severed ties with VP Records, the world's largest reggae label, and is looking for a new home.

"The door will always be open for Spice at VP. She's one of the most talented and hard-working artistes VP has ever had the pleasure to work with. It goes without saying that Spice has solidified her place as a legend in reggae/dancehall culture. We wish her all the best with her career, and always will," Chin said.