Shabako gets his breakthrough with ‘Faith’ 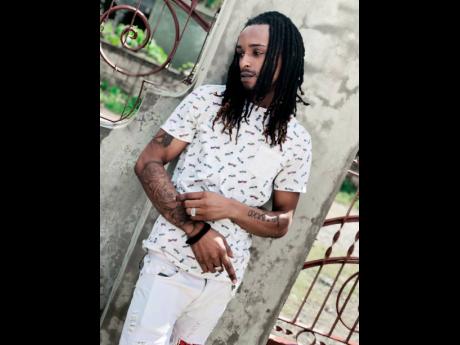 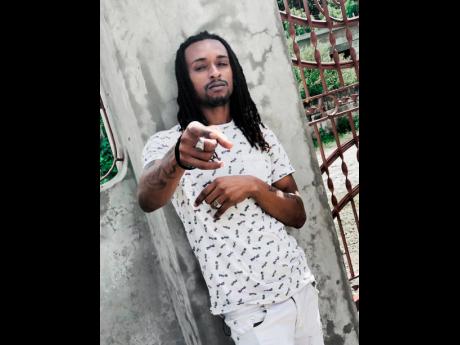 Persistence is a primary theme throughout Shabako's musical journey. The up-and-coming singjay has a routine of toiling throughout the night at studios and heading to work at a wholesale by daybreak. Even while at work, Shabako keeps rhythms on replay, a ritual that seems to be paying off with his new single, Faith.

"I've been through a lot of hardships, and I'm working at a minimum wage with two kids, two step-kids, myself and my babymother. So you know that's a lot," Shabako told THE STAR. "I was at work one day listening to a rhythm, just pondering about the things I've been through and where I want to be ... . My grandmother passed away about six years ago, and every time I'm in a state of almost giving up, she's always telling me that faith moves mountains ... . I was just sitting there saying, 'Mama gone', but her words still a ring inna mi head. The rhythm spoke to me and tapped into my feelings and I started to write. Within an hour, the entire song was written."

As he usually does, he sent it to a friend for feedback, and a phone call (instead of the usual voice note) signalled he was on to something special. Teaming up with producers LiveWyah Records, 1Family Records and OH Canada Productions, the song debuted on November 20 and has garnered more than 15,000 YouTube views on Shabako's channel. It's his highest engagement to date.

"People keep on telling me this is 'the song' and that they feel like it's speaking about them... . To see that mi can deh pon one little corner of the world and write a song and then see it go to the world and so much people can relate to it is a joy because this is what I've been waiting on for a long time. Even some of the major players of the industry have reached out to me and told me that this is a very powerful song," he said.

The response has confirmed that he can thrive doing the type of music he loves. The St Thomas-based artiste made his music debut in 2018 with the uplifting song Most Days, but said underwhelming feedback influenced him to record cliched, hardcore tracks. Now that he has gained more attention, he wants to do "conscious type of songs", which coincides with his personal brand, and venture into different genres.

Given the name Dwayne Stuart at birth, Shabako spent his formative years in Westmoreland where he was constantly surrounded by music, thanks to his mother and uncle. But he also had interests in electrical engineering and culinary arts. After graduating from Maud McLeod High School, he moved to Kingston to pursue the former, but said it did not work out. With no backing from his father, his culinary dream was also placed on the back burner. Thinking about his future, he decided to pursue music as it was the only passion he envisioned himself doing for a lifetime. He first went by Kritical, a hardcore deejay, but changed his name to resemble that of the Kushite King 'Shabaka' after being mentored by some Rastafarians and doing his own research.

"I want to do some substantial collabs and work with some of the greatest people in the industry right now, and put Jamaica on the map and put myself out there as someone influential," he said. Shabako hopes to release a music video for Faith on his birthday, December 12, as a gift to himself.