Veteran singers are ‘in the mood’ 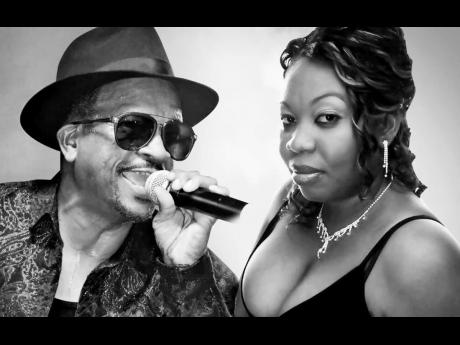 As an aspiring artiste in the 1970s, Hopeton Lindo not only listened to solo acts but also reggae's great duos, including Bob Andy and Marcia Griffiths.

For the past two years, Lindo has formed a solid partnership with fellow singer Fiona that has produced three songs, all of which are on their EP titled In The Mood.

In The Mood is currently in its third consecutive week at number one on the South Florida Reggae Albums Chart. According to Lindo, this shows there is still a place for duets in Jamaican music.

"It solidifies the fact that contemporary reggae is a force to be reckoned with and a good duet is always welcome," he said. In The Mood was released in July. It includes the singles In Your Eyes and Guilty, which were number one songs in South Florida. Guilty is a cover of Barbra Streisand's big hit from 1980, written and produced by Barry Gibb of The Bee Gees. In The Mood, the single, also did well.

As an artiste, Lindo is known for hits like Territory and Lonely Night. He has also written or co-written songs such as Red Rose For Gregory, for Gregory Isaacs, and Telephone Love by J.C. Lodge. He is not surprised at the success he has with Fiona.

"We have a chemistry that comes naturally. Our voices blend beautifully, plus our professional approach and love for music brings out the best," Lindo said.