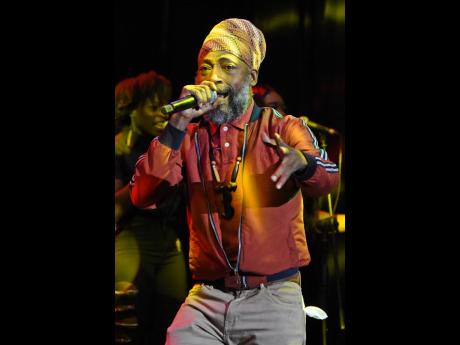 A mix of local and international acts are featured on the Freedom Sound rhythm project by Donsome Records, due for release on Friday, September 17.

"Freedom Sound is the follow-up to our previous project the Black Tears rhythm. Creatively, we felt that after the tears we have to free ourselves. So, Freedom Sound is all about feeling free to be yourself," said Hanson. He said the project took six months to complete.

"I wanted to have artistes from other sides of the world who have been doing reggae with the same goal and fight that helped to birth reggae. Marina Peralta is from Brazil and she is one of the artistes who sings about the fight and struggles that we face daily," he said. According to Hanson, it wasn't difficult to get the artistes involved in the project.

"Anthony B, Lutan Fyah, Chezidek and Perfect Giddimani were on my last project, so it wasn't hard to get them on this one. I wanted to step out the box and bring different vibes to this project, hence the reason I decided to work with artistes such as Grammy Award-winner Mykal Rose, Big Mountain, Marina Peralta, Junior Kelly, Pressure Buss Pipe and Kings and Comrades. I always give a couple new artistes the chance to showcase their talent, so King Tappa reached out to me at the right time and I'm really proud of his track," he said.

Videos for three songs, Fade Away by Lutan Fyah, Freedom Fighters by Marina Peralta, and Love Spell by King Tappa, will also be released on Friday. Other tracks include Good People by Chezidek, No More Lies by Junior Kelly, and Greatest by Richie Spice.