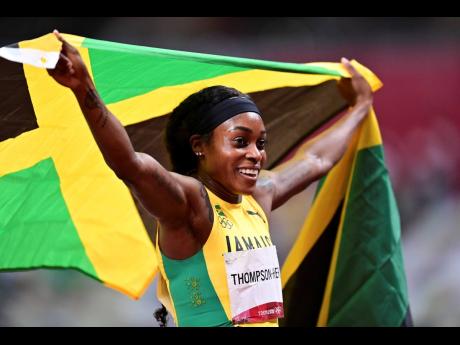 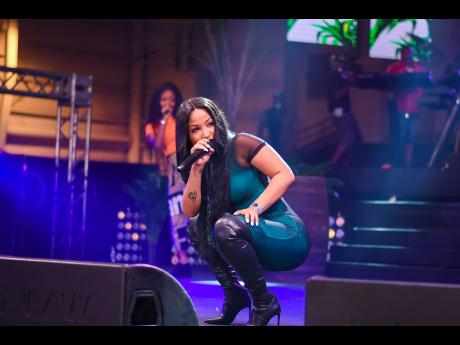 In a post-race interview, Thompson-Herah said that on her way to her second gold medal, it was Shenseea's single Run Run that kept her going. The 29-year-old sprinter yesterday became the first female sprinter to win Olympic gold in the 100m and 200m sprints at consecutive games. She told the world that as she came upon the finishing line, the Shenyeng track was her source of motivation. "I was out there, and I heard Shenseea song in my head. Just run, run, run and I just keep on running until I reach the line," she said.

"This is such a historical moment, and I'm happy to be a part of what motivates you! CONGRATS man! #RunRunRun was just what you did! PROUD!" read parts of the caption.

Since its release late last month, Run Run has seen massive success, not only garnering a million views in its first 24 hours, but trending in Jamaica for more than a week.

Romeich Major, a member of Shenseea's management team, and the man behind the artiste's rise, said with the Olympic Games' athletics schedule having started a few weeks after the song's release, he believes the timing was perfect.

"We in Jamaica, when we hear about 'run run', we automatically think racing and dem thing deh. Jamaica is a country weh well-known fi running, so mi feel good that Run Run dropped right before the Olympics. Mi know it a motivate the athletes to do what they do best, run!" he said.

The businessman said Thompson-Herah's interview shout-out was a proud moment for Shenseea and her entire team. "When Shenseea releases a song, we always expect a level of greatness because she puts together the track so nice, it always stick with people. The whole team is so happy right now," he said.

Major added that he is extremely proud of the performance of the Jamaican athletes in Tokyo so far.

"We come from a country weh dem nuh ramp fi bash people, especially when dem expect the highest and don't get it. But I am very proud of the team, all who win medals and who reach finals and just everybody there, because automatically when you go Olympics, you're already a winner because you have thousands of athletes that don't reach there, so you're special," he said.