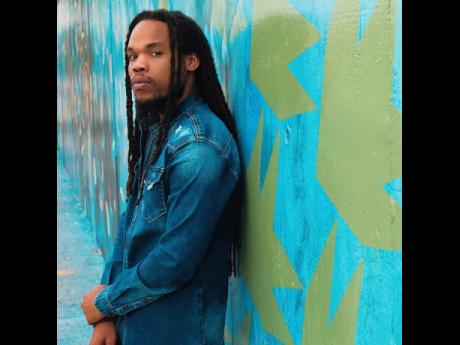 Recording artiste Kenzic is gearing up for the release of his debut album, with the promotion of the lead single, Trust None.

"The song tackles oppositional views to my own ascension in music and generally in life, navigating through misguided notions and unclean judgemental eyes," the artiste explained. The track is a single off of his forthcoming Confident album, which has eight tracks and features an appearance from reggae artiste Keznamdi. The album is slated for an August 3 release.

"It ( Trust None) is a dancehall track with a unique but familiar sound. It has flavours and a subject matter, it's something that isn't usual in the dancehall space. So I'm looking forward to it becoming an anthem along with the strong collective of songs I have on my Confident album," Kenzic said.

While his jump into the music industry may be in the early stages, Kenzic has already made his name as an accomplished actor, starring in films such as Ghett'a Life, Home Again, Destiny and, most recently, Storm Saulter's award-winning feature film Sprinter, where he made his Netflix debut.

Kenzic's journey with music goes as far back as his childhood. He has been performing and singing music professionally in major competitions since he was a child and was a part of a performance group called Spiritual Warriors. He has made his mainstream transition into the music industry in the past three years.

"What I'd say is that I'm a rounded musician because I also play both the guitar and piano, which makes me in tune with the synchronicity of music. I'm also an actor and an overall school-trained performing artiste so I have a unique dynamism which brings something special to the space of music," he said.