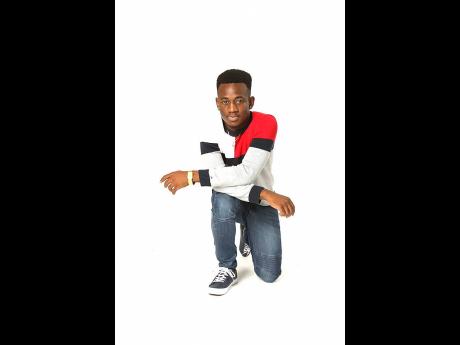 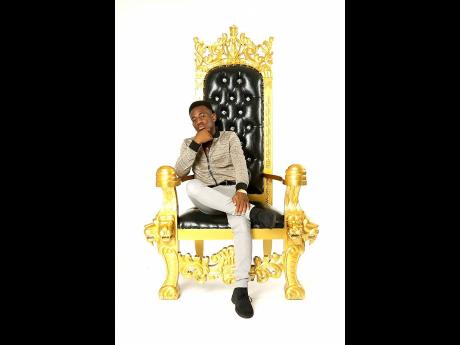 The story of Pesh Don's introduction to music is as funny and unique as they get. The aspiring artiste recalls being only five years old when he began singing, and it wasn't in church, or as part of a youth group. In fact, it was on the streets as he and his mother made their daily morning walks to school.

"My mother usually walk with me go to school in the mornings, and we couldn't be at peace because di man dem always a call to mi mother. Me never like it, so I would always sing to her anytime dem come fi say supmn to her, as a distraction, and she pick up my talent and say 'yuh know yuh can sing'. From there she start take me to karaoke and mi just develop the love for music by showcasing my talent there," he said.

The 20-year-old said his mother, whom he refers to as "like my backbone in music", and family members, have been key to his development in the business.

Sacrifices they have made

"The things they have done, the sacrifices they have made, make me grateful. When my first song was recorded at the age of 10, mi mother use her last money in her account and pay fi mix and master di song. My doing music now is because of her, and mi wah succeed at it, not only for myself, but for her and the rest of my family," he said.

Meanwhile, Pesh Don, whose mother, Affia Blake, is a haulage contractor, has hopes of one day working with the likes of Romain Virgo, Teejay, Shenseea and Tarrus Riley. But above anything else, the entertainer hopes to one day take home a Grammy award.

"I definitely want to feel that feeling. I have always dreamt of it, of one day gracing the Grammy stage, and so I am working towards that with everything in me," he said.

"I see myself going very far in this music industry because I think the music lacks a variety, and a uniqueness that I am coming with and so I'll be here to stay."

Still, the up-and-coming artiste understands that the music business is one of the most challenging sectors to break into. He suggested that this may be due to a lack of unity in the industry.

"The most challenging part of my musical pursuit thus far is having to deal with segregation. The togetherness in Jamaican music is not the same as it was 10 years ago when somebody buss and dem bring up somebody else," he said.

"It is a dog eat dog world now, and if yuh in this camp and this producer a voice yuh, yuh can't voice fi da next producer deh, and mi just can't deal wid dat. I'm just a lover of music, and mi nuh pick side, so it is definitely difficult manoeuvring the music space right now."

Nonetheless, Pesh Don, who has released songs such as Prove It, Corona Virus and Soon Alright, said he is focused on making sure that he creates good-quality music.

"I will be doing everything to the best of my ability. I will put time and effort into the work so that it can go places," he said.

1. What's your favourite place on Earth?

Home with the family.

2. What's something you want to learn or wish you were better at?

I want to learn to produce my own music.

3. Which gadget can you not imagine yourself without?

4. What's your source of inspiration?

My inspiration comes from all the struggles and disappointments I have come across in my life.