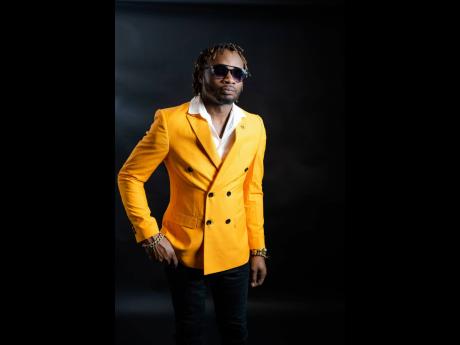 International dancehall artiste Ivan Bloise, aka 'Peppagad', who is overjoyed with the success of his single Gucci, which racked up thousands of streams online, is now upbeat about his new EP, titled Carolina Reaper.

The EP was produced by Peppa Squad Records and Troyton Music. Carolina Reaper was officially launched on October 25 at a party in the US, which featured dancehall superstar Ishawna.

"I am excited that I have released such a good project. It has seven bad, well-put-together tracks that people can listen to and vibe to. I'm confident that my EP will help to put my career on a higher level," said Peppagad. The tracks include Roll, Make Money, featuring Shizzle Sherlock, and Jah Jah Please Mi A Beg.

Peppagad said that he is working tirelessly to market his brand effectively worldwide.

"My team and I are putting in the groundwork worldwide. Music is my life, and being an artiste has allowed me to explore other genres and styles of music," said Peppagad.