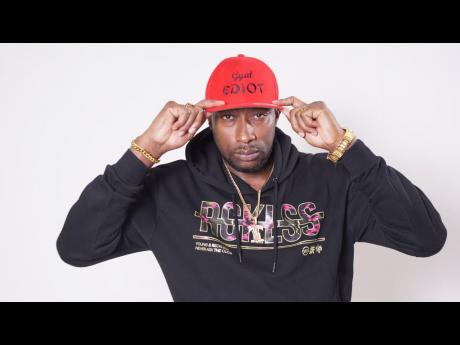 "It is all about people who aren't really with you, some non-progressive people who see you moving up in life and they wish you bad," the artiste explained about the song's meaning. "It's about cutting off all those bad energies."

Since its release, the track has been doing exceptionally well, particularly on social media, with many listeners leaving rave reviews and saying that the song's lyrics connect with them. A music video is expected to be released soon.

Gyal Ediot previously performed under the stage name Sarge, where he formed a comedic duo with Apache Chief.

Since Apache Chief's passing in 2013, the late comedian's son, Apache Kid, has continued his father's legacy, and along with Gyal Ediot, the duo continue to release regular comedy skits.

But music has been a part of Gyal Ediot's life for over two decades.

"Music was my first passion. I won a scholarship from the Tastee Talent competition, and I also won a scholarship to the Edna Manley College of the Visual and Performing Arts, where I started voice training in 2003," he said. His previous tracks include Last Nite, Neva Know and Money Mi Wah.

Originally from Spanish Town in Jamaica, the artiste is now based in Canada, where he is doing his part to make a mark with Jamaican music.

"Canada is not like Jamaica but it is growing. Jamaica is the ultimate place for reggae and dancehall music," he said.

The artiste is continuing his musical endeavours with another track, titled Fools Fall In Love, which is expected to be released soon.